Sri Lanka have announced their squad for the two-match T20 International (T20I) series against Bangladesh, set to begin from April 4 at the R Premadasa Stadium, Colombo. Kusal Mendis, who won the player of the series award for his impressive show in the One-Day International (ODI) series, has been excluded from the squad. Off-spinner Sachith Pathirana too misses out. Kusal Perera and all-rounder Shehan Jayasuriya make their way into the squad as a result. Kusal Perera has been named in the squad, but whether he will play or not will be decided based on his recovery from a thigh strain. However, if he fails to pass the fitness test, Sandun Weerakkody wil take his place in the squad. Full Cricket Scorecard: Bangladesh vs Sri Lanka 1st T20I at Colombo

Thisara Perera was not picked for the T20I series against Australia. But after a good show in the ODI series, he too got a nod for the T20I series. Upul Tharanga will continue to lead the side in Angelo Mathews absence. It is believed that Mendis may not have been picked as chief selector Sanath Jayasuriya wants him to focus on longer formats. T20Is happen to be Mendis least productive format. He has scored just 74 runs in eight outings at an average of 9.25 and strike rate of 123.33.

“Kusal Mendis has got a long career ahead of him and we do not want to burden him with too many things,” Jayasuriya said. “He had a very good Test and ODI series against Bangladesh and at this stage we don’t want him to alter too many things in his game,” Sanath Jayasuriya said, according to espncricinfo.com. 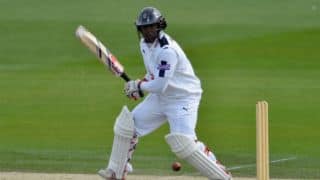 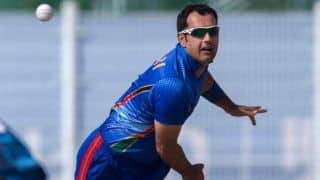