After electing to bat first, Bangladesh were unable to get any partnerships of note throughout the Innings. In a surprise move, Sri Lankan captain Dinesh Chandimal asked Tillakaratne Dilshan to bowl the first over of the match and the move was vindicated when he removed Shamsur Rahman, caught by Chandimal himself.

Continuing from his heroics in the first T20I, Anamul Haque tore into the bowling in the first powerplay and looked set for yet another half-century but wickets tumbled regularly around him. Tamim Iqbal soon followed Shamsur and Shakib Al Hasan, yet again perished after a blazing start.

Sachitra Senanayake was the pick of the Sri Lankan bowlers and Anamul was removed by Sri-Lankan off-spinner.

Newcomer Sabbit Rahman tried in vain to hang around and accelerate the scoring but apart from captain Mashrafe Mortaza in the death overs, the Bangladesh batsmen looked clueless against Lasith Malinga and eventually folded out for 120 in the penultimate ball of the Innings. 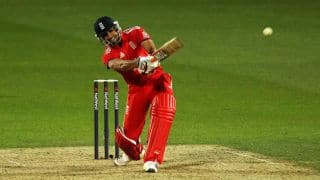 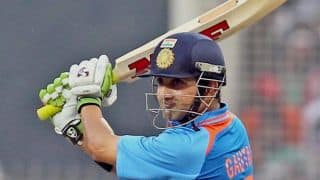