Sumathipala has been accused of alleged links to gambling in breach of International Cricket Council regulations.

Colombo: Sri Lanka named a new selectors panel for the national cricket team Monday after gambling allegations against the sport’s national board president prompted government intervention. The sports ministry stepped in to manage the Sri Lanka Cricket board last week, after an appeals court suspended elections for the presidency to consider whether incumbent Thilanga Sumathipala should be allowed to contest the ballot.

Sumathipala has been accused of alleged links to gambling in breach of International Cricket Council regulations. He denies any wrongdoing. Sports Minister Faiszer Musthapha announced the new selection panel after Sumathipala’s mandate ended on May 31. The court has suspended elections till June 14 at the earliest, with no fresh date confirmed for the vote.

Former Test bowler Graeme Labrooy remains chief selector, while former Test player Eric Upashantha made his debut on the panel. The new selectors will have to name a squad to host next month’s tour by South Africa who will play two Tests, five one-day internationals and a one-off T20. 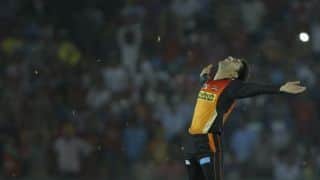 Rashid Khan: Being a Test cricketer not different to playing ODIs, T20Is