With an eye on the billions of dollars and millions of viewers drawn to the IPL, the island nation launched its own premier league in 2012 but the competition was a flop, lasting just one edition.

Sri Lanka Cricket had hoped to revive the tournament, modelled on the short-format competition that has lured international stars like England’s Ben Stokes and the West Indies’ Chris Gayle to India.

But a board official said the plans had been scrapped and replaced by the Sri Lanka Cricket T20 League, which would feature exclusively local players.

“There will be no foreign players, but our own international cricketers will play in the four teams that will take part,” a board official told AFP.

The new league will nurture emerging local talent by giving young players the opportunity to play alongside the island’s best, the official said.

The four teams will face each other twice in the tournament, which is slated to begin August 21. 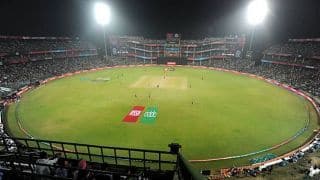