Dalmiya's son, Avishek, joint secretary of the Cricket Association of Bengal (CAB) was invited to receive the commemorative book.

Kolkata: Sri Lanka Cricket (SLC), on the occasion of the 70th independence of the island nation, paid a glowing tribute to former BCCI President Jagmohan Dalmiya by releasing a book, titled ‘A Tribute to Jagu’. SLC President Thilanga Sumathipala lauded Dalmiya’s role in strengthening the Asian Bloc. Thilanga termed Dalmiya as a ‘hero’ who had the guts to stand up for what was right and carry on in the face of unmatched adversity. They felicitated him posthumously as the greatest non-Sri Lankan contributor to their country’s cricket.

Dalmiya’s son, Avishek, joint secretary of the Cricket Association of Bengal (CAB) was invited to receive the commemorative book. Also present at the ceremony were cricketers from Sri Lanka, Bangladesh and India apart from Bangladesh Cricket Board (BCB) President Nazmul Hasan, former ICC President Ehsan Mani and other dignitaries. Mani said he and Dalmiya enjoyed a fruitful working relation and termed him as the man responsible for bringing the World Cup outside England and globalising cricket.

“You left a legacy which made our great sport greater,” Mani wrote in a note. Speaking on the occasion Avishek said: “I personally think that the tenures of my father as well as that of Mani were quite successful in terms of commercial growth as well as globalisation of the game.”

He also spoke about his father’s contribution in strengthening the Asian Bloc. “I also remember how Sumathipala along with Dalmiya and Ashraful Haq worked hard for development of the Asian Bloc as the President of Asian Cricket Council. The game was spread to various parts of Asia and several programmes were undertaken then by the Asian Cricket Council, the results of which the world can see even now,” he said.

“After all a stronger Asia meant a stronger world cricket too as most of the revenue gets generated from this part. My dad may has left for heavenly abode, but it is indeed very satisfying to notice the continuing great relationship among the boards of Sri Lanka, Bangladesh and India. That I believe is the real tribute to him,” Avishek added. 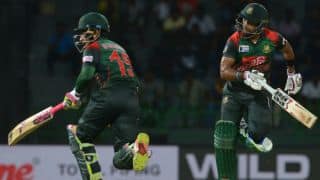 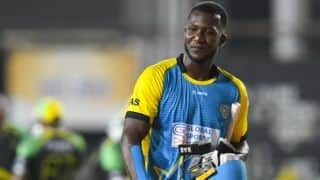 PSL 2018, Lahore Qalandars vs Peshawar Zalmi, Match 29 Live Streaming: When and Where to Watch