Sri Lanka cricketers should not be allowed to play IPL 2013 matches in Tamil Nadu, writes Jayalalitha to P 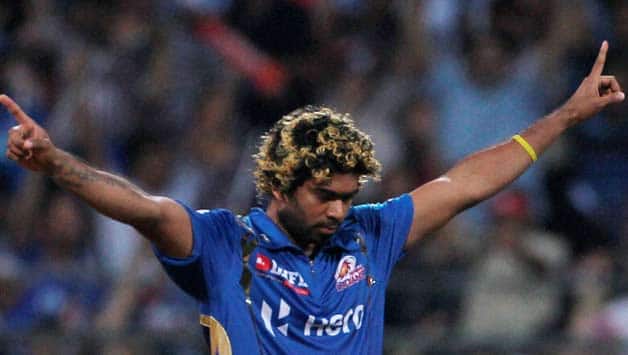 Following the alleged genocide of Tamil population in the island country, street protests have taken place in Tamil Nadu to denounce the killings of hundreds and thousands of civilians in the war against the Tamil Tigers in Sri Lanka.

IPL teams have requested the governing council to move matches away from Chennai.

IPL chairman Rajeev Shukla told IANS that the governing council was happy with the security situation in Chennai.

“As of now the matches are not being moved out. But we are monitoring the situation,” he said.

Eight of the nine IPL franchises have Sri Lankan players in their roster. Chennai, home to Super Kings, is scheduled to host 10 IPL matches this season.

Here’s the list of Sri Lankan cricketers to play for various IPL teams in the sixth edition:

Here’s is the full text of the letter from Jayalalitha to the Prime Minister:

“I am writing to you on a matter of urgency and importance connected with the Sri Lankan Tamils issue. The recent continuous agitations in Tamil Nadu during the debate in the UNHRC have revealed the great angst and anguish amongst the people of Tamil Nadu with regard to this highly emotive issue. In this surcharged atmosphere the IPL cricket tournament is scheduled to be held at various locations including Chennai from 3rd April, 2013 onwards and will go on for over a month till the 26th May, 2013. I understand that almost all the participating teams have in their ranks Sri Lankan cricketers as their team members.

You are aware that the civil strife in Sri Lanka is a lamentable saga of an ethnic pogrom launched by the Sri Lankan Government, using Sri Lankan Army against Tamils, which resulted in the commission of genocide against a defenceless civilian Tamil population and the decimation of thousands of innocent women and children.

These human rights violations have been extensively documented in the international media and internationally condemned.

These painful events of genocide of innocent Sri Lankan Tamils have had a deep impact amongst the people of Tamil Nadu, who have been severely shocked, pained and angered by these barbaric acts.

Recently, against the background of increasing and credible evidence of continuing atrocities against Sri Lankan Tamils, Tamil Nadu witnessed mass agitations, hunger strikes, self immolations and the large scale spontaneous involvement of many sections of Society, including the student community, protesting against the Sri Lankan action against the Tamils.

All political parties in Tamil Nadu have repeatedly voiced their grave concern regarding these issues. The atmosphere is, therefore, already surcharged with a groundswell of popular public opinion against the Sri Lankan Government.

In such a hostile and tense environment, we apprehend that the participation of Sri Lankan players in the IPL tournament, with many games to be played in Chennai, will aggravate an already surcharged atmosphere and further offend the sentiments of the people.

The BCCI may be advised by the Government of India to prevail upon the IPL organizers not to allow Sri Lankan players, officials, umpires and support staff to take part in the tournament in Tamil Nadu. The Government of Tamil Nadu will permit IPL matches to be held in Tamil Nadu, only if the organizers provide an undertaking that no Sri Lankan players, umpires, officials or support staff would participate in these matches.

I would be grateful for a line in reply in this matter.”