Sri Lanka cruised to 132 for one at lunch on Day one of the first Test against Bangladesh at Galle. 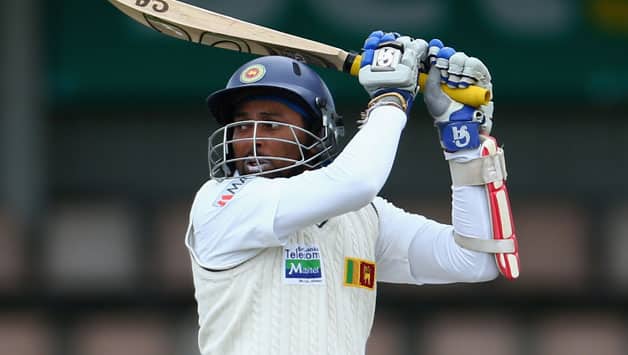 Sri Lanka cruised to 132 for one at lunch on Day one of the first Test against Bangladesh at Galle.

With toss in their favour, Sri Lanka’s new captain Angelo Matthews chose to bat first. The batsmen had no problems facing the amateur Bangladesh bowling. However, a short bowl by Shahadat Hossain in the ninth over hit Dimuth Karunaratne on the elbow. The batsmen couldn’t continue his innings and returned to the pavilion, retired hurt.

Sri Lanka’s seasoned campaigner Kumar Sangakkara replaced the injured batsman. Since then it was a dominating show from the home side. Some wayward bowling by the Bangladesh bowlers further added to their own plight.

With an aggressive Tillakaratne Dilshan and a free flowing Sangakkara, the runs kept coming at a brisk pace weel above four runs an over. Dilshan was eventually dismissed by Sohan Gazi. The batsman charged down the wicket to flighted delivery. The ball hit the toe end of the bat and flew towards mid-off where debutant Mominul Haque took a low catch.

Karunaratne who left the field after hurting his elbow recovered and resumed his innings after the fall of Dilshan’s wicket. 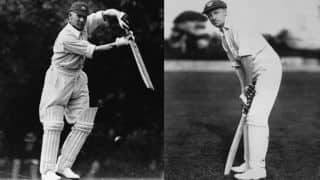 Jack Hobbs and Don Bradman: A golden link across generations