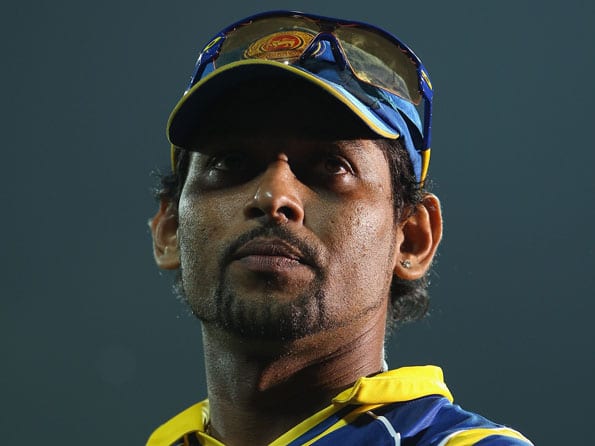 The hosts lost on a dusty wicket, apparently tailor-made for their spinners, on Saturday after being shot out for 105 in the first innings in reply to Australia’s 273.

Sri Lanka managed 253 in their second knock on in the back of a classy century from Mahela Jayawardene and 95 from young Angelo Mathews, but the target of 379 never looked like being surpassed.

They have now gone nine Tests without a win since the retirement of world bowling record holder Muttiah Muralitharan in July last year, but it is the batting that is causing the main worry.

In Cardiff in May, Sri Lanka were all out for 82 in just 24.4 overs, losing to England by an innings in a Test match that had been destined for a draw.

“We can’t expect to win after getting out for 105,” Dilshan said. “That is where we lost this match. If we had made 250, as we should have, we would not be chasing so much in the fourth innings.

“We made the same mistake as in England and that should not have happened. We should avoid these collapses. We need to have a chat about this and find solutions.”

Dilshan’s carefree approach to batting at the top of the order contributed to his side’s defeat, but the captain said he will never change his aggressive style.

In the first innings, Dilshan drove debutant Trent Copeland’s first delivery to the cover fence for a boundary — but he was caught off the second delivery when he attempted a similar stroke.

When Sri Lanka batted a second time, Dilshan played a few loose shots before he was bowled by Ryan Harris for 12.

“I’m not going to change my batting,” said Dilshan. “I’ve batted aggressively over the last three or four years and done well. I want to play my shots.

“I play my natural game especially on a wicket that it is not easy to survive on. You have to play some shots and overcome the challenge with something special.”

Except for Jayawardene and Mathews in the second innings, none of the Sri Lankan batsmen were able to Australia’s spot-on bowling on the crumbling wicket.

The seasoned Kumar Sangakkara fell for 10 and 12, while the usually prolific Thilan Samaraweera managed only 26 and 0.

Dilshan said he hopes his team-mates will have learnt a lesson for the second Test which starts in Pallekele on Thursday.

Australia, meanwhile, enjoyed an unscheduled break after winning the first Test with a day to spare even as former captain Ricky Ponting flew home to await the birth of his second child.

Ponting, who on Saturday became the world’s first cricketer to play in 100 Test wins, will miss the second match but is expected to return for the third in Colombo from September 16.

Shaun Marsh is likely to take Ponting’s place in the side, but Australia are flying in opener David Warner as a precaution.(AFP)