SL's opposition party will raise issues regarding cricket corruption in the parliament.

“The Marxist party’s Politburo has taken a decision to be hands on with the issues of cricket corruption, based on a proposal by the senior legislator Sunil Handunneththi,” a party communique said here.

“It has been said that we are not taking up issues of cricket corruption. So we need to gather more details and expose them in parliament,” Handunneththi said.

“Cricket board wanted to take disciplinary action against them even after they had announced retirement [from T20 cricket],” Handunneththi said.

But after a public outcry against disciplinary action being taken, President Mahinda Rajapaksa instructed the SLC administration to drop charges. 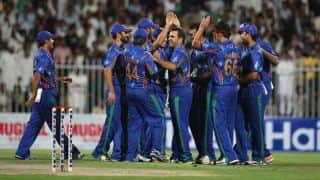 IPL 7: Rohit Sharma fined for maintaining slow over rate in the game against Sunrisers Hyderabad