Sri Lanka beat Australia by five wickets in the first T20 International at the Sydney Cricket Ground (SCG) in Sydney on Saturday. 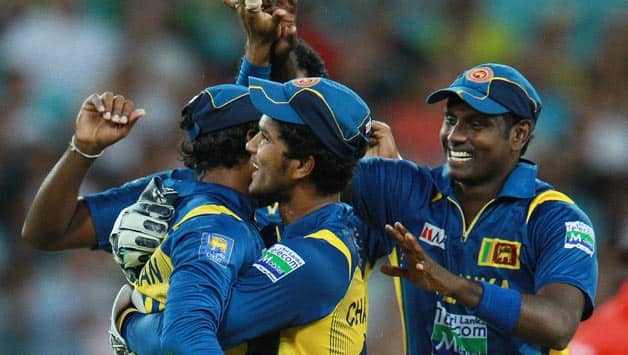 Sri Lanka beat Australia by five wickets in the first T20 International at the Sydney Cricket Ground (SCG) in Sydney on Saturday.

Kushal Perera and Tillakaratne Dilshan too the visitors off to a good start adding 46 runs for the opening wicket in 38 balls.

Glen Maxwell took a couple of wickets to bring Australia back into the game. However steady batting by Angelo Mathews and Lahiru Thirimanne put Sri Lanka in a comfortable position.

Warner struck three sixes and five boundaries to score a quickfire 90 not out, which came from 62 balls.

Nuwan Kulasekara continued his good form with the ball, taking 1-21 off his four overs.

Australia’s middle-order failed against a disciplined Sri Lanka bowling attack, as Aaron Finch and skipper George Bailey failed to make a mark, scoring one and 11 respectively.

Towards the end, Adam Voges scored 29-ball 25 not out to help Australia push for a big total.

Earlier, Australia captain George Bailey won the toss and elected to bat against Sri Lanka in the first T20.

Ranji Trophy 2012-13 final: Mumbai on top against Saurashtra at stumps on Day One