Sri Lanka's "terrible" pace attack is the worst ever to visit Australia and does not have the quality to give the home team a testing examination, former Test fast bowler Rodney Hogg said Thursday. 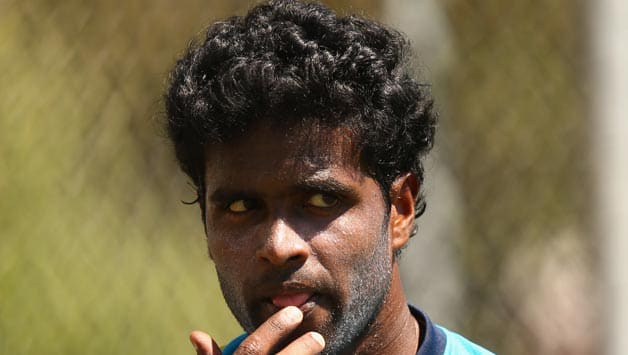 Sri Lanka’s “terrible” pace attack is the worst ever to visit Australia and does not have the quality to give the home team a testing examination, former Test fast bowler Rodney Hogg said Thursday.

While the sixth-ranked Sri Lankans have an impressive batting line-up featuring the likes of Kumar Sangakkara, Mahela Jayawardene and Tillakaratne Dilshan, Australia’s Hogg said their seaming stocks were poor.

The three Sri Lankan fast bowlers most likely to feature in Friday’s first Test of the three-match series in Hobart — Nuwan Kulasekara, Shaminda Eranga and Chanaka Welegedara — have only 38 Tests and 99 wickets between them.

“Sri Lanka have the worst new-ball attack that has landed on our shores ever,” Hogg tweeted.

He said the issues Australia have with their batting order following the retirement of former skipper Ricky Ponting would not be properly answered because of the weak Sri Lankan pace attack.

“I had a look at the stats. No (fast) bowler has got 50 Test wickets,” Hogg added to Fairfax Media.

“Kulasekara looks like he’d be a good third bowler, and I’ve gone through all their other fast and fast-medium bowlers, and they’re all terrible. It’s got to be pretty close to the worst attack doesn’t it?

“Obviously these blokes have bowled on subcontinent wickets, so I’m being a bit harsh,” he added.

Hogg, 61, who played 38 Tests, believes Sri Lanka will struggle in Hobart, and then in further Tests in Melbourne and Sydney.

“If you don’t post big scores and you’ve got (only) spinners then you’re in trouble, aren’t you?” he said.
Former Australia coach John Buchanan, who is now New Zealand’s director of cricket, also weighed in, saying: “Their bowling attack has minimal experience in Australia.

“I see Sri Lanka as vulnerable in Australia, especially if the Sri Lankan top order under-perform as they did against the Black Caps (New Zealand).

“This will then expose (the) limitations of (the) Sri Lankan bowling attack.”