Sri Lanka captain Tillakaratne Dilshan was ruled out of the third Test with a broken thumb on Tuesday as England's James Anderson said he would be fit for the series finale. 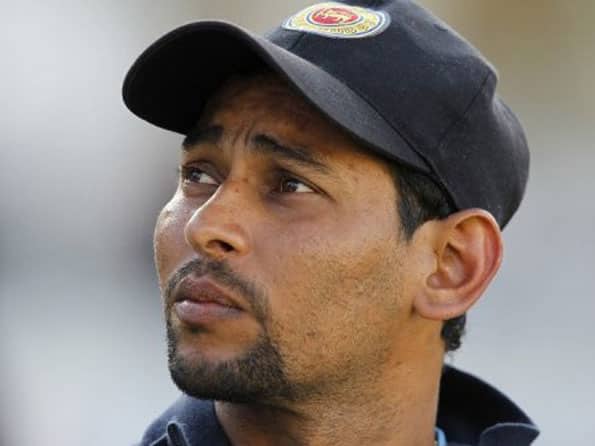 Sri Lanka captain Tillakaratne Dilshan was ruled out of the third Test with a broken thumb on Tuesday as England’s James Anderson said he would be fit for the series finale.

Dilshan had been expected to miss the match after twice being hit on the thumb by fast bowler Chris Tremlett while making 193 — the highest Test score by a Sri Lankan at Lord’s — in the drawn second Test.

He then sat out the drawn three-day tour match against Essex at Chelmsford and the tourists bowed to the inevitable by ruling out the opening batsman on Tuesday.

Sri Lanka, who are 1-0 down in the three-match series, will instead be led by former captain Kumar Sangakkara — who stepped down after the World Cup final defeat by India in Mumbai in April — at the Rose Bowl when the third Test starts on Thursday.

“The main reason we’ve kept him out of this Test match is that, had he played and got another blow while fielding on that thumb, he might have been out for the rest of the tour.

“So as a precautionary measure, we have kept him out.”

Now the uncapped Lahiru Thirimanne, who made a century against Essex, is set to take Dilshan’s place in the team.

Anderson, hopeful of a return on Thursday after missing the second Test with a side strain, said of Dilshan’s absence: “It’s going to be a huge blow for them because he is a key player, their captain, but whoever comes in is going to be a quality player and we’ve got to prepare for that.”

As for his own fitness, swing bowler Anderson was in buoyant mood as England prepared to press home the 1-0 advantage gained from an innings win in the series opener in Cardiff, in what will be the first Test ever staged at the Rose Bowl, the home of southern county Hampshire.

England had wanted Anderson to prove his fitness by playing for Lancashire in a county Twenty20 match on Sunday, but rain meant the match was washed out without a ball bowled.

Anderson, though, was confident his fitness would hold up.

“I’ve felt fine for a couple of weeks now — I felt fine before the Lord’s Test,” he said.

“It would have been a risk to play in that game and I’ve had plenty of time to recover, get stronger, do a lot of bowling, so I’m feeling pretty comfortable.”

Provided there are no fitness problems in the next 48 hours, Anderson seems certain to be recalled with Steven Finn likely to make way, although the under-performing Stuart Broad cannot be completely certain of his place.

“It’s good that the selectors are going to have a tough decision,” said Anderson. “That shows the strength we’ve got in the squad, and the strength of the guys that can’t even make it into the squad.

The Rose Bowl, which staged its maiden first-class match in 2001, used to have a reputation as a bowler-friendly ground but not anymore.

“It’s going to be hard for us to get 20 wickets here, especially if the wicket is going to be as flat as it looks,” said Anderson.

“To be honest, in Test cricket at the moment a lot of the pitches are flat and it’s something we’ve had to learn to deal with.”