SLC has already suspended two coaches and the curator of an international stadium after they were caught in an undercover sting.

Sri Lanka will enact tougher laws and create a special police unit to deal with match-fixing following a television documentary exposing global corruption in cricket, Sports Minister Faiszer Musthapha said Thursday. Musthapha said existing laws were inadequate to deal with match-fixing and other forms of cheating exposed in the Al Jazeera documentary. He added that ICC had advised him to legislate against the practice after three Sri Lanka officials were filmed agreeing to sway matches.

“I am getting new laws drafted for this purpose and I am also proposing a special police unit to enforce the proposed legislation,” Musthapha told reporters in Colombo after returning home from talks with ICC in Dubai. Sri Lanka Cricket (SLC) has already suspended three of its employees — two coaches and the curator of an international stadium — after they were caught in the undercover sting by Al Jazeera. SLC has also lodged a complaint with police, who have launched a criminal investigation.

Cricket’s Match-Fixers, broadcast on May 27, suggested that England and Australia players had also been involved in match-fixing in India. England captain Joe Root and Australia captain Tim Paine have dismissed the allegations relating to their respective teams.

Musthapha was in Dubai explaining to ICC officials why a Sri Lankan appeals court suspended elections for top positions at the cricket board last week.

Former Board President Thilanga Sumathipala, seeking reelection, has faced accusations of being linked to gambling. He denies the charges. 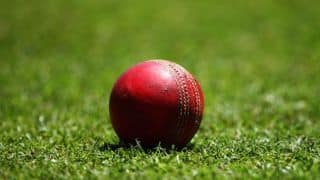