Sri Lanka are scheduled to play two Tests and two T20Is in Bangladesh.

Two senior Sri Lanka Cricket (SLC) officials are all set to visit Bangladesh to make a security assessment there ahead of their national cricket team’s tour to the country.

A SLC spokesman said that vice-president Mohan de Silva and Ajith Jayasekera, a former CEO of SLC and national team manager, will visit Bangladesh. Dhaka has been gripped in a wave of political unrest around the general election held there last week.

In December, the West Indies Under-19 team withdrew from the tour to Bangladesh after a bomb explosion in Dhaka. Jayasekera, a former Sri Lanka air force senior officer and de Silva will be submitting a report to the SLC on the safety prospects there.

“We will ask for security guarantees and will go on the tour. We have to show solidarity with Bangladesh as a country which has experienced similar situations,” Nishantha Ranatunga, the SLC Secretary said.

Sri Lanka are scheduled to play two Tests and two Twenty20 Internationals (T20Is)  in Bangladesh between January 27 and February 14. 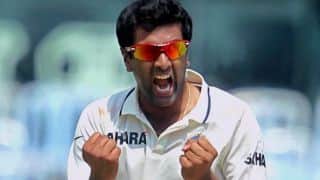