The first scan on Dhammika Prasad's shoulder was inconclusive, according to Sri Lanka Cricket.

Sri Lanka fast bowler Dhammika Prasad has suffered a shoulder injury and will not play in the second practice match against Leicestershire . Prasad had to leave the field mid way during the first warm-up match against Essex, according to cricket.com.au. He will have another scan on his shoulder and as a result will miss the warm-up match as Sri Lanka would not want to aggregate his injury ahead of the first Test, which begins on May 19. His absence could be a huge blow for Sri Lanka. Sri Lanka Cricket (SLC) said that the first scan on his shoulder were inconclusive. The second warm-up match will begin from Friday. READ: Did Ishant Sharma and Dhammika Prasad really cross a line in India vs Sri Lanka 2015, 3rd Test?

Sri Lanka will look to put in an improved performance in that match after they were far off from where they would have liked to be. However, there were some positives from the first tour match. Kusal Mendis and Niroshan Dickwella scored crucial fifties to propel their side to 254 in their innings. Skipper Angelo Mathews got off to a good start with the bat as well, but could not consolidate. Sri Lanka were ripped apart by debutant Aaron Beard, who picked up four wickets in the first innings. READ: James Anderson confident England can whitewash Sri Lanka in upcoming Test series

Sri Lanka bowlers toiled hard, but Prasad was once again the pick of the bowlers with a couple of wickets as Essex piled on 412 in their first innings. However, in the absence of Prasad, Shaminda Eranga, Nuwan Pradeep and Mathews will have to all the bowling for Sri Lanka. Prasad’s inclusion will be important if Sri Lanka are to win the series in England once again, just like they did in 2014. 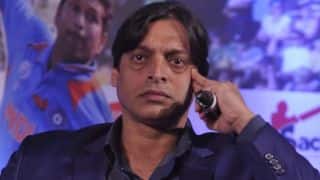 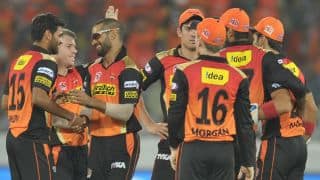