Niroshan Dickwella and Dinesh Chandimal continue to be left out of Sri Lanka's squad.

Shanaka will replace Lasith Malinga after the veteran fast bowler retires from ODIs following the first match on Friday in Colombo.

Dananjaya was cleared to bowl in international cricket back in February following remedial work and a subsequent remodelling of a suspect action, but was not named in Sri Lanka’s World Cup squad. He is the only specialist spinner named by Sri Lanka for this series.

Pace bowlers Kumara and Shanaka are back too, while 21-year-old allrounder Hasaranga gets a call-up after last playing ODIs in January 2018. Jayasuriya, 27, played the last of his nine ODIs in September 2018. His List A form for Sri Lanka A on their tour of India was good, with a series-leading 320 runs from four innings, three of which were unbeaten.

In that series, Dananjaya claimed three wickets from five matches, all of them in one match.

Dimuth Karunaratne continues to lead Sri Lanka. The first ODI is on July 26 followed by games on the 28th and 31st. 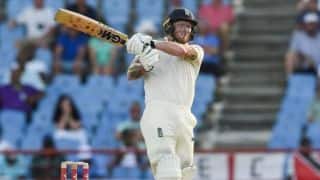