Sources said Hathurusinghe was expected to return to coaching Bangladesh after the sacking of Steve Rhodes by that team.

Sri Lanka‘s head cricket coach Chandika Hathurusingha has been asked to step down after the ongoing ODI series against Bangladesh. Sources in Sri Lanka Cricket said SLC Secretary Mohan de Silva has written to Hathurusingha asking him to resign.

Hathurusingha was under pressure to quit after Sri Lanka’s dismal showing in the recent ICC Cricket World Cup 2019. The island nation won just three preliminary round games and failed to make it to the semi-finals.

However, after returning to the country, Hathurusingha said he was keen to continue until the expiry of his contract, which was until the end of the next year. The 51-year-old was appointed in December 2017 after he left his job with the Bangladesh team. (ALSO READ: Sri Lanka’s Nuwan Kulasekara calls time on international career)

However, he was not able to turn around Sri Lanka’s dismal performances and the team lost 13 out of the 20 ODIs played in the run-up to the World Cup under his charge, which left them at No.8 in international rankings.

Sources said Hathurusinghe was expected to return to coaching Bangladesh after the sacking of Steve Rhodes by that team. 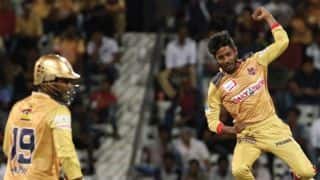 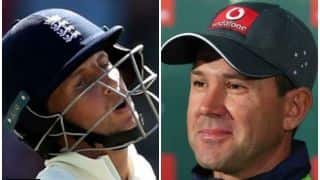