Mashrafe Mortaza will led Bangladesh for the team’s tour of Sri Lanka, starting July 25, laying rest to speculations of the 35-year-old retiring from the game after the ICC Cricket World Cup 2019.

However, Bangladesh’s star performer at the World Cup Shakib Al Hasan and batsman Liton Das have been granted leave from the tour. Fast bowler Abu Jayed, part of Bangladesh’s World Cup squad has not been, was not picked for this tour.

Anamul Haque and Taijul Islam have been included in the 14-member squad. Bangladesh’s tour comprises three ODIs, starting July 26. The remaining to will be played on July 28 and July 31, all to be played at the R Premadasa stadium in Colombo. ALSO READ: As a captain, if I fail to lead the team to expected results, there will always be criticism: Mashrafe Mortaza

The team will have a three-day camp at the Sher-e-Bangla National Cricket Stadium from 17-19 July before departing for Colombo on 20 July.

On the other hand, the hosts Sri Lanka are yet to announce their squad, but a list of 22 probables for the series has been sent for the approval of Sports Minister Harin Fernando. Meanwhile, Dimuth Karunratne has been retained as Captain for the series and he was also invited to attend the Selection Committee meeting which lasted for nearly three hours. ALSO READ: Shakib Al Hasan and Mustafizur Rahman, Bangladesh’s leaders for the tournament 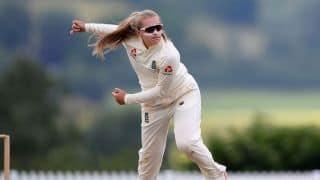