Sangakkara went for a square drive off a short ball from Jordan but ended up finding Woakes at point.

Kumar Sangakkara was dismissed for a pristine 86 in the fourth One-Day International (ODI) between England and Sri Lanka at Colombo on Sunday. Sangakkara went for a square drive off a short ball from Chris Jordan but ended up finding Chris Woakes at deep point.

Earlier, Mahela Jayawardene was cleaned up by Chris Jordan for 44. Kumar Sangakkara scored his 90th half-century. Kusal Perera could only manage 31 before giving Chris Jordan a catch at slip off Moeen Ali. Tillakaratne Dilshan dismissed by Chris Woakes. Dilshan was batting well before he tried to heave one over covers only to get a leading edge to Eoin Morgan at covers. 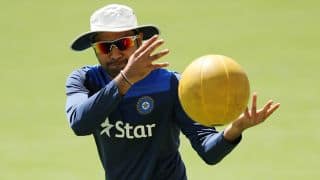 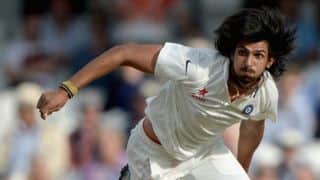