Broad has claimed 23 wickets in seven home Tests against Pakistan and India this year.

England skipper Joe Root has not ruled out a place for Stuart Broad in the first Test against against Sri Lanka in Galle next week, at a venue where spin is expected to have a bigger role to play than pace.

Amid growing speculation that the fast bowler could be axed for the series opener starting November 6, Root has stated that Broad will have a role to play on tour.

Stuart definitely has an opportunity to play in the Tests. Like with the rest of the guys, the four days coming up are a great opportunity to put a case, Root said in Colombo. Ultimately, the XI will come down to the balance of the side. We have some time now to work out what that will be. I wouldn t say it s a changing of the guard and wouldn t say Stuart is in a weaker position than previously.

He could still definitely play a massive part in the three-match series and definitely the first Test is an option. But we ve struggled away from home a number of times, so finding a different formula with him or without him is important.

Broad claimed 23 wickets in seven home Tests against Pakistan and India this year. 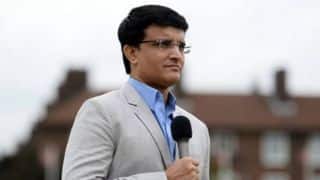