Sri Lanka have already lost the three-match T20I series, having lost the first and second match of the series by five and four wickets respectively.

Sri Lanka‘s Kusal Mendis and Shehan Jayasuriya are unlikely to play the third and final Twenty20 international against New Zealand at the Pallekele International Cricket Stadium in Pallekele on Friday.

“Kusal Mendis and Shehan Jayasuriya are unlikely to feature in Sri Lanka’s 03rd T20i vs New Zealand, since both suffered leg injuries, while fielding in the 02nd T20 game between Sri Lanka and New Zealand, which was played at the Pallekele International Cricket Ground on the 03rd September, 2019,” said Sri Lanka Cricket in a media release on Wednesday.

“Team Manager Mr. Asantha De Mel said, Mendis and Jayasuriya’s participation in the 03rd game is unlikely owing to injuries, which occurred following a collision between the two players while fielding,” added SLC.

“Mendis has suffered an injury on his knee on the right leg, while Jayasuriya has sustained an injury; above the knee on his right leg. Kusal Mendis has undergone an MRI scan today and the report is due later in the day. De Mel said, no replacements will be made to the squad for the injured players,” concluded SLC.

Sri Lanka have already lost the three-match T20I series, having lost the first and second match of the series by five and four wickets respectively.

While Mendis scored 105 in the two matches, scoring 79 and 26 runs in the first and second game respectively, Shehan Jayasuriya returned with no wickets in either of the match. 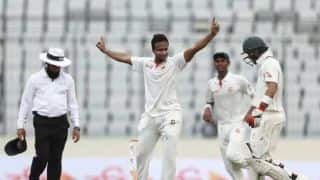 Win against Afghanistan will bring back normalcy to Bangladesh cricket: Shakib Al Hasan 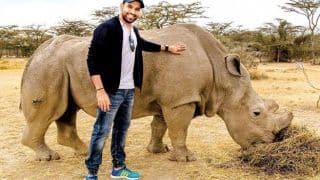