Riding high on recent form, Sri Lanka will be aiming to continue their good streak in the build up to the ICC World Cup 2015, when they tak on South Africa, who last played an One-Day International match in December 2013. Catch the live Scorecard here.

Sri Lanka are on a high after winning each and every series they have participated in till now this year. This includes Asia Cup 2014 and the ICC World Cup 2014 against India at Bangladesh. Leading the team from the front, ODI skipper Angelo Mathews has been their second highest run-scorer in 2014 till now, behind by experienced batsman Kumar Sangakkara. Mathews has scored 436 runs from 14 ODIs in 2014 at an average of 62.28, whereas, Sangakkara has scored 559 runs from 12 ODIs at an average of 46.58. The duo will be crucial against the much-feared South African bowling line-up, which consists of Dale Steyn, Vernon Philander and Morne Morkel. Catch the live blog here 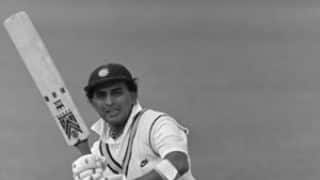