South Africa face a tough challenge against in-form Sri Lanka in the first ODI at Colombo.

Returning victorious from England with wins in the One-Day Internationals (ODIs), one-off Twenty20 International (T20I) and the Test series, Sri Lanka will be high on confidence, especially playing at home when they take on South Africa. The Proteas will be under the leadership of AB de Villiers on Sunday at the R Premadasa Stadium in Colombo.

Sri Lanka are on a high after winning each and every series they have participated in till now this year. This includes Asia Cup 2014 and the ICC World Cup 2014 against India at Bangladesh. Leading the team from the front, ODI skipper Angelo Mathews has been their second highest run-scorer in 2014 till now, behind by experienced batsman Kumar Sangakkara. Mathews has scored 436 runs from 14 ODIs in 2014 at an average of 62.28, whereas, Sangakkara has scored 559 runs from 12 ODIs at an average of 46.58. The duo will be crucial against the much-feared South African bowling line-up, which consists of Dale Steyn, Vernon Philander and Morne Morkel.

Sri Lanka’s batting line-up has performed quite well under pressure in recent times. Opening the batting for them, Tillakaratne Dilshan has fared well in the shorter formats in the past, but the senior batsman is yet to fire up in 2014. Vice-captain Lahiru Thirmanne has progressed well and is one of the pillars in the batting line-up. He scored a match-winning 101 against Pakistan in Asia Cup 2014 final.

With Sangakkara, Mahela Jayawardene, Upul Tharanga, Dilshan, Thiramanne, Sri Lanka don’t need to worry much about their batting, if they manage to stick together in the initial overs, with the new ball in Steyn and Philander’s hands. Sri Lanka’s bowling, led by Lasith Malinga [who was instrumental in the ICC World T20 2014 final for them], has proved to be lethal in recent times. Suranga Lakmal is all set to be Sri Lanka’s future spearhead. Nuwan Kulasekera has been the perfect foil at the beginning.

Spinners Ajantha Mendis and Sachithra Senanayake have done well too. While Mendis’ bowling average in 2014 has been 17.00, Senanayake has been the second highest wicket-taker in this year for Sri Lanka with 19 wickets. Although Senanayake’s bowling action has come under the radar in recent times, Sri Lanka need not worry with Rangana Herath in their team as well. However, Herath has played only one ODI in 2014. Mathews, who has been a top all-rounder, is valuable with the ball and has the tendency of breaking well-settled partnerships.

A world-class team like South Africa don’t have much to panic about. However, seldom the side have failed to finish a game on top, faltering at the end of the match succumbing to the pressure of chasing or defending a total. With powerful batsmen like de Villiers, Faf du Plessis, JP Duminy, Jacques Kallis, Hashim Amla and young guns like Quinton de Kock and David Miller, who have played vital roles in recent times, South Africa have a seemingly better batting line-up than Sri Lanka. However, the problem with them is that their batting often crumbles like a house of cards.

While du Plessis and Duminy have provided some influential performances lately, Miller and de Kock need to rise to the occasion and perform and grab the opportunity. De Kock had an average of 114.00 against India, while Miller had an average of 61.00. South Africa also have the best bowling line-up on paper, across formats. Steyn, Philander, Morkel, Wayne Parnell, Ryan McLaren, Imran Tahir and co. are good enough to crush any batting line-up into submission. South Africa last played an ODI series against India in December 2013 and won the first and second ODIs by 141 runs and 134 runs respectively.

Sri Lanka won the five-match series 4-1 when South Africa had visited the Island Nation a year back. Playing at home, Sri Lanka will have the upper hand. The team will aim to continue their good form which they have managed to carry on in 2014.

However, South Africa will be looking forward to forget the past and start on a winning-note. In the end, it promises to be an interesting series, as it will show whether Sri Lanka are ready for bigger challenges ahead or if South Africa still need to do some revisions, keeping the ICC World Cup 2015 in mind. 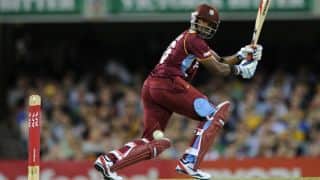