Sri Lanka are scheduled to play the third and final Twenty20 International (T20I) of the three-match series in Lahore on October 29.

Sri Lanka Cricket (SLC) chief Thilanga Sumathipala said that Sri Lanka will field their best side in Pakistan. Sri Lanka are scheduled to play the final Twenty20 International (T20I) of the three-match series in Lahore on October 29. It was reported that around 40 centrally contracted Sri Lankan players had, in a letter, asked for a change of venue. Speaking to cricbuzz, Sumathipala said, “The players have made an appeal to SLC asking for a change of venue for the third T20I. We will discuss the issue on Monday at an Executive Committee meeting. I can understand their concerns. It is our responsibility to assess the situation and then take a decision.”

He further adds, “The ICC is sending down match officials and have indicated that there’s no issue with security. The PCB has promised to give security that will be given to a Head of State. We are sending another specialist to assess the situation on our own and will rely on the government’s advice on the security situation.

Talking about picking the team, the chief explained, “If everything is clear, I am sure we will be able to send our best team. We will pick the squad for all three T20s. There can’t be one team playing in UAE and another playing in Lahore. The players should not pick and choose venues. Since I am a Parliamentarian, I have a hectic schedule, but I am planning to fly to Dubai and from there I will go to Lahore with the team and come back to Colombo with the team.”

He also spoke about the terror attack on Sri Lanka in 2009, “It was a traumatic experience to our players when the attack happened and we will take everything into consideration. The players need to understand that we will not do anything that will put them in danger.

“The PCB is making every effort to play the game. We have had our own bad experiences due to terrorism but most cricket teams supported us in time of need. The cricket world needs to support Pakistan. Once we finish the Ex-Co meeting on Monday, I intend to speak to the President, Prime Minister and Sports Minister to get their advice. I am sure everything will be taken care of,” Sumathipala concluded. 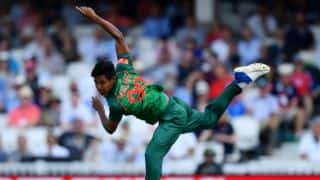 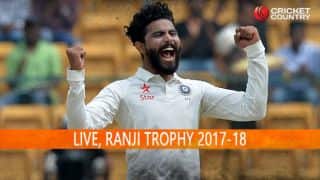