West Indies, put in to bat, were restricted to 203 by Sri Lankan bowlers in 2nd ODI at Colombo. Lasith Malinga took 3 wickets wheras Dwayne and Darren Bravo scored 39 runs each. 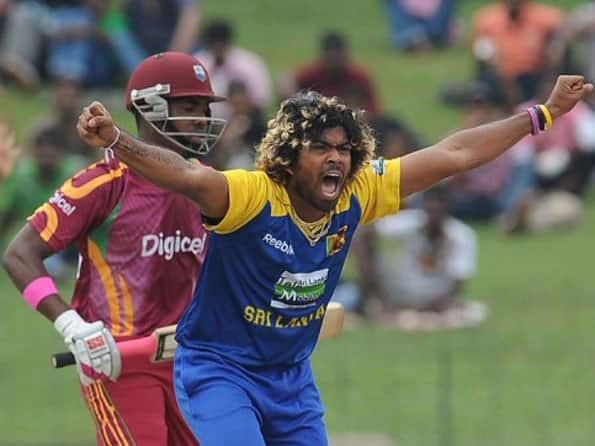 Lasith Malinga and Muttiah Muralitharan shared five wickets to help Sri Lanka restrict the West Indies to 203 in the second one-day international on Thursday. Paceman Malinga finished with 3-30 and off-spinner Muralitharan with 2-42 as the hosts prevented the tourists from building a big innings at the Sinhalese Sports Club ground in Colombo.

Half-brothers Darren and Dwayne Bravo joint-topscored with 39 each.

The West Indies, put in to bat, made an encouraging 45 before losing openers Chris Gayle and Adrian Barath in the space of three balls, with paceman Nuwan Kulasekara and Muralitharan taking one wicket apiece. Barath, who scored a century in the rain-hit opening match, was trapped leg-before for 12 by Kulasekara, while Muralitharan removed left-handed Gayle (28) with his first delivery.

Gayle played some aggressive shots in his 30-ball cameo, smashing seamer Angelo Mathews for three fours in an over and then hitting Kulasekara for a four and a six off successive balls in the next over. Muralitharan, pressed into the attack after 10 overs, struck instantly when he had Gayle caught by Thilan Samaraweera at gully.

Darren Bravo put on 49 for the third wicket with Ramnaresh Sarwan (21) and 38 with half-brother Dwayne, but fell when looking well-set. He hit two sixes off Muralitharan and one off left-arm spinner Rangana Herath before being trapped leg-before by Malinga, who struck again when he bowled Kieron Pollard for four in his next over.

The opening one-dayer of the three-match series was abandoned due to rain on Monday.