March 3, 2009. It started as another day in Lahore. Meher Khalil was another bus driver in the densely populated Pakistan. By the end of the day, he was a hero of the humanity.

March 3, 2009. It started as another day in Lahore. Meher Muhammad Khalil was another bus driver in the densely populated Pakistan. By the end of the day, he was a hero of the humanity.

The bus drivers resumed their duties of carrying the players and officials to the ground. The only usual foe they could have anticipated was traffic. The players had oppositions as threat in their mind. They were about to encounter the biggest turbulence in their life. The 2009 Sri Lanka team bus attack has been etched in cricket annals as its darkest episode.

“For some reason I moved my head to get a better view and a split second later I felt a bullet fizz past my ear into the vacant seat.”, Mahela Jaywardene was famously quoted.

A lot has been spoken about Pakistan since. It has been called a haven for terrorists. Teams have boycotted playing cricket there. But it’s the same country that produced hero like Khalil and there were more like him, less fortunate, the ones who ended up giving their lives.

Stars like Kumar Sangakkara and Thilan Samaraweera had joined the injured lists. The death toll could have risen but again thanks to Khalil and his lives.

army is with you, our people are with you, and you will be safe.

Eight-and-half years since the horror, Khalil assures them safety and is ready to drive them to the Gadaffi Stadium again.

It s so easy for people to say play here but only those who went through that experience can understand that: Khauf and dehshat jo beeti hai unpey, (fear and terror that they went through) is not easy to forget, Khaleel told The Indian Express. I can understand that. But my request to them is that the situation is better: army is with you, our people are with you, and you will be safe.

Horrors of the March day

He recalled the scars the March 3 day left on him. At first, he thought they were celebratory fireworks but then he saw in the rear mirror that the Sri Lankan cricketers were taking cover. To his horrors, he saw a terrorist aim at the bus.

Kalashinikov tha one went through the glass, one flew by, and I heard the players say, Go, go, go . It jolted me and I decided to drive ahead. To rush ahead an eight-cylinder bus on second gear wasn t easy but I knew I had to escape the scene. They were 10-15 of them, I think, and grouped in twos.

When I saw that grenade, I thought I should jump out and run but mere mulk key mehmaan hain yeh Sri Lankans (they were the guests of my nation) How could I leave them? And, good, I didn t jump out as I guess I would have been killed by a bullet anyway, he added.

The bus driver of the official’s bus died. So did six policeman and another civilian.

Accolades came Khalil’s way. He received numerous awards and rewards. He visited Sri Lanka too as a hero. He started a furniture business but resumed driving bus. He drove the Zimbabwe side to the Gadaffi Stadium in the landmark tour of 2015.

The locality of this universally loved man is christened to Khalil’s ilaka. He makes an earnest request to the Sri Lankan stars. Will they budge? 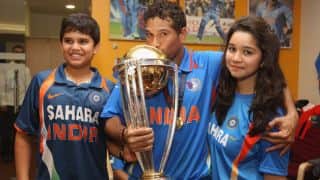 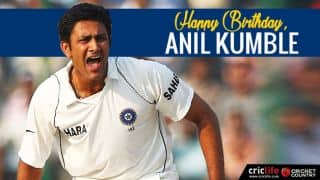