Sri Lankan players were in the middle of a fitness programme when the India tour was announced.

After West Indies’ dramatic pullout from the India tour due to pay dispute with West Indies Cricket Board (WICB), Sri Lanka Cricket’s (SLC) decision to fill in with a five-match ODI series has come in for sharp criticism from Kumar Sangakkara.

“Our 6 weeks of pure fitness work ends abruptly. Have a week to do a months requirement of skills work before India. Planning ahead anyone”, Kumar Sangakkara asked in a tweet.

The Sri Lankans are currently under an intense fitness programme conducted by the former national rugby union skipper Chandrishan Perera. The programme was tasked at conditioning players for the busy schedule ahead leading up to next year’s ICC World Cup in Australia and New Zealand.

The current fitness programme was a sequel to a report filed by the SLC’s chief operations officer Carlton Bernadus, which had raised concerns about the fitness levels and the fielding standards.

Sri Lankans were to face England in a seven-match home ODI series before heading off to New Zealand for a Test and ODI series. The sudden management decision to fill in the void due to West Indies’ pull-out from the remainder of India tour has upset the work schedule of the Sri Lankans. 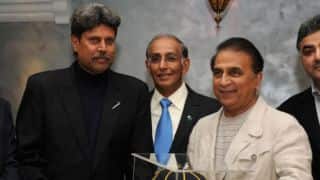 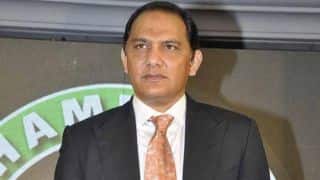