Sri Lanka‘s pace ace Nuwan Kulasekara announces retirement from Test cricket in order to focus his energy on shorter formats. The last time he played a Test match was against England in June 2015, in which he managed to scalp only 2 wickets. It was the same series in which Sri Lanka outplayed England and registered maiden series victory on English soil. Kulasekara played two matches and managed to take 5 wickets. The 33-year-old made his Test debut in 2005 against New Zealand. In 21 Test matches he played for the islanders, he took 48 wickets at an average of 37.37, with an impressive economy of 3.01. Read: Tillakaratne Dilshan to miss ODI series against England

He had a reputation of bowling a disciplined line and length and played a major role in many victories, be it home or away. He had a traditional open-chested action and bowled 140-plus kmph despite being diminutive in size. He moved the ball off the seam and reverse-swung at will.

He donned Sri Lanka’s limited-over jersey in 173 matches. He has picked up 186 wickets at an average of 34.08, with an economy of 4.86. He was also No. 1 ODI bowler in 2009. Read: Shaminda Eranga reported for suspect bowling action

He was a part of Sri Lanka’s side that featured in the recently concluded ICC World T20 2016. He was drafted in Sri Lanka’s playing XI only twice, bagging only a wicket at an economy over 9 RPO.

Over 13 years he has been playing international cricket. For Sri Lanka to build a strong team for the next ICC flagship tournaments, he’ll have to step up and use his experience to take his side over the line. 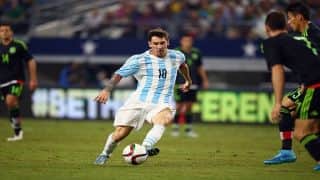