Rambukwella might lose out on his central contract due to the incident.

Apart from him antics in past 18 months, Rambukwella was previously involved in a bizarre incident in July 2013. While returning from West Indies with the Sri Lanka A team, he caused mild panic on a flight by attempting to open the aircraft’s cabin door at 35,000 feet. Rambukwella has had disciplinary issues since his U-19 cricketing days and continued to be caught in the web till date.

Rambukwella last played a for Sri Lanka in the T20I series against England in July 2016. 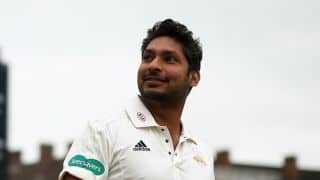