The 14-day event will culminate with the final at the P. Sara Stadium on 21 February but following the final round of Super Six stage matches on Sunday, 19 February.

The four bottom teams from the ICC Women s Championship – India, Pakistan South Africa and hosts Sri Lanka are joined by Ireland and Bangladesh who qualified due to their ODI status and Zimbabwe, Thailand, Scotland and Papua New Guinea who each won their respective regional qualifiers. As well as qualifying for the ICC Women s World Cup 2017, the top four teams will also secure their spots in the next cycle of the ICC Women s Championship. Whilst each team that makes it through to the Super Six stage of the Colombo tournament will gain ODI status. ICC WWC Qualifier 2017: Four women umpires set to officiate

ICC Women s Committee Chair and former England captain, Clare Connor: The ICC Women s World Cup Qualifier in Colombo is a competition of the utmost importance for the teams involved, and I am sure that we will see some hard fought cricket over the next few weeks with so much at stake.

The tournament represents the culmination of a hugely exciting few years for the international women s game. The introduction of the ICC Women s Championship in 2014 has proven to be a game changer for the development of the sport, creating an ongoing narrative and transparent competition pathway for teams to embrace in their bid to qualify for the most eagerly anticipated ICC Women s World Cup to date. ICC Women s World Cup Qualifier 2017: ICC confirms squads of participating teams

We have a lot to look forward to this year, and the qualifying tournament in Sri Lanka this month presents the perfect springboard for cricket fans around the world to start getting excited about what s to come. Ticket sales for the ICC Women s World Cup Final at Lord s on Sunday 23rd July are already breaking records, which gives us great confidence that the competition will fulfil the aspiration that has been set for it to be the biggest, best attended and highest quality Women s World Cup that there has ever been.

With the West Indies becoming the first team apart from traditionally strong sides Australia, England and New Zealand to win a world-level event at the ICC Women s World Twenty20 2016 in India, teams would be seeing hope of breaking the hold of stronger teams at different levels. Smriti Mandhana ruled out of ICC Women s World Cup Qualifiers

The teams are divided in two groups of five each for the preliminary league. Fifth-ranked India, Sri Lanka, Ireland, Zimbabwe and Thailand form Group A while sixth-ranked South Africa, Pakistan, Bangladesh, Scotland and Papua New Guinea form Group B. The top three sides from either group will advance to the Super Six stage while also carrying forward points they earn against sides which have progressed from their group.

Tournament Director Holly Colvin: The good thing about the format of this tournament is that it is a robust system, meaning teams need to consistently perform in order to qualify. This is a fantastic chance for the leading Associate teams to play against some of the best teams in the world. I think there is going to be fierce competition, particularly as there is more at stake than ever. This event really sets the scene for what is already shaping up to be a fantastic year of cricket for women. ICC Women s World Cup Qualifier 2017 schedule announced

The top four sides from the Super Six stage, in which each side will play three matches against teams from the other group, will complete the eight-team line-up for the ICC Women s World Cup 2017, while the top two sides will battle out for the title in the 21 February final. This is the fourth edition of the Qualifiers. Ireland and the West Indies advanced from the 2003 tournament held in the Netherlands, Pakistan and South Africa made it in 2008 from the tournament in South Africa, and the 2011 tournament in Bangladesh saw the West Indies, Pakistan and Sri Lanka qualify for the tournament proper.

The inaugural ICC Women s Championship was played from 2014-2016 among the top eight teams, all of which got a chance to play each other in three one-day internationals, with Australia winning the trophy. Defending champion Australia, host England, former winner New Zealand and reigning ICC World Twenty20 champion West Indies are the teams to have gained direct qualification for the ICC Women s World Cup 2017 by finishing in the top four of the ICC Women s Championship. 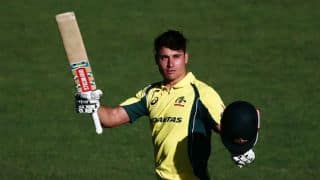