Sunil Gavaskar has backed the state T20 leagues saying they have brought forth talents from places where even the best of scouts would have failed to spot.

Batting legend Sunil Gavaskar has backed the controversy-hit various state T20 leagues in India saying they have brought forth talents from places where even the best of scouts would have failed to spot.

“Look at the talents that they have nurtured from the districts for example the KPL, where the number of people who have come from the interiors which, otherwise, even the best of Karnataka scouts couldn’t have been able to spot,” Gavaskar was quoted as saying by The New Indian Express. “The same is the case with TNPL and all the other leagues. They are good and are bringing more talent to Indian cricket.”

Gavaskar hinted that while educating youngsters is the best way to stop them from indulging in corruption but there’s bound to be an ‘odd person’ who will fall into the trap. ” one has to educate these boys tell them what sort of traps they could fall into. Somebody comes from a very poor background and suddenly sees a lot of money, could be swayed,” he said.

He continued, “In cricket, you will always have the odd person who may be swayed by greed. Some other reasons too may force him to do something. That’s something I don’t think you can totally control. Greed is a thing which no amount of education, guidance, seminars with anti-corruption guys is going to help. Greed is something that is human.”

The Indian cricket has been recently hit by multiple reports of suspicious approaches by India women cricketers and match-fixing allegations in the Tamil Nadu Premier League (TNPL).

Players have shared with BCCI’s Anti-Corruption Unit screenshots of WhatsApp conversations where unknown people, posing as fans asked for information related to match and team combinations. 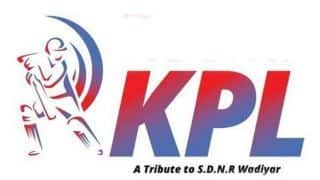 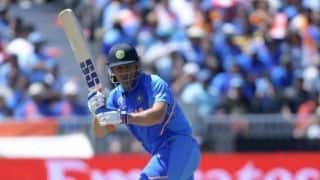