The match will be played on January 25, at Hagley Oval, Christchurch.

Members of Black Caps and All Blacks New Zealand‘s cricket and rugby stars respectively will feature in a charity T20 match at Hagley Oval, Christchurch, on January 25, according to a report on stuff.co.nz. The cricketers will include Brendon McCullum and Stephen Fleming, among others. McCullum has fond memories of Hagley Oval, where, in his farewell Test, he slammed the fastest Test hundred of all time.

Kyle Mills, Luke Ronchi, and the recently retired Grant Elliott has also confirmed their availabilities, as reported by the site. Other likely participants are former Canterbury stars Nathan Astle and Chris Harris.

The idea of the match was conceived by Fleming and Duco Events’ David Higgins, and has found support from New Zealand players’ associations of both sports as well as Christchurch City. South Africa hosts a similar duel, the Mandela Trophy, a match between the Springboks and the Proteas.

All Blacks captain Kieran Read, Israel Dagg, Jordie and Beauden Barrett, and assistant coach Leon MacDonald, all of whom will feature in the match, have played serious cricket at some point. The side will be led by Graham Henry, the former All Blacks head coach who had kept wickets for both Otago and Canterbury. 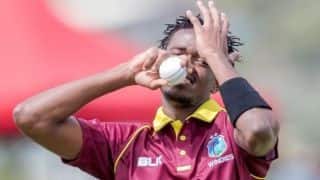 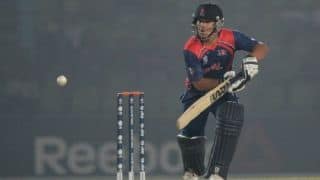