O’Keefe will be seen playing in the place of Siddle as the team eye a clear 3-0 against the WIndies.

An injured Peter Siddle has been rested and spinner Stephen O’Keefe has been included in Australia squad as Australia take on the visiting West Indies team for the final Test match of the series. While the entire team remained unchanged, O’Keefe will be seen playing in the place of Siddle as the team eye a clear 3-0 against the WIndies. Australia skipper Steven Smith on Saturday revealed that Siddle has not been able to fully pick up the ankle injury he suffered during the Boxing Day Test match and isn’t fully fit to join the playing eleven for the next match.

“He (Siddle) felt it wasn’t best for him to come into this Test match the way he is at the moment. He’s a great team man and felt he would be letting the team down. We were probably going to go the two spinners option anyway,” Smith was quoted saying in cricket.com.au.

He also added that the pitch seems dry and one can expect turns, which can be favourable for the spinners. O’Keefe will be seen bowling alongside the other spinner in the team, Nathan Lyon. After Shane Warne and Stuart MacGill playing together against South Africa in the year 2006, it will be the first time Australia will play with two spinners in home conditions. READ: West Indies players receive Clive Lloyd’s backing for choosing T20 leagues over national side

When asked on his take of the decision, O’Keefe stated, “I enjoy playing with Nathan, he is a humble, lovely guy who I admire a lot and fingers crossed we can get that opportunity again. The year we won the Shield we had some good performances and to play two spinners in a Shield final is a pretty cool thing to happen I guess. There are a couple of situations we have bowled the majority of the overs and enjoyed going each side of the bat.” READ: Josh Hazlewood ready for the final Test against West Indies at Sydney

The 31-year old left-arm orthodox bowler has played only one Test for Australia in the year 2014. 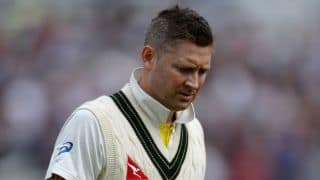