Former England fast bowler Steve Harmison has tipped fast-medium bowler Steven Finn to be the man who would make a difference to the nation’s World Cup and Ashes hopes.

And Harmison also wants to see phenomenal Ben Stokes given his head in Sri Lanka as the team’s main all-rounder.

In his splendor, Harmison helped elevate England from a very good team to world-beaters with 223 Test wickets, and he can now see Finn having the same impact in a pace attack that could outshine 2005’s fabulous four of him, Andrew Flintoff, Matthew Hoggard and Simon Jones, The Mirror reported.

He said that for me, Finn’s the key to England’s success in the next nine months, claiming that if the fast-medium bowler is fit, firing and bowling well, England have a good chance of taking wickets in that middle period in the World Cup.

The former pacer said that if all are bowling well and firing, James Anderson, Stuart Broad, Finn, Ben Stokes and Moeen Ali, he believes that’s as good as in 2005, and claimed that Finn is the key.

Harmison said that somebody who can bowl at over 90mph, make the ball bounce on any surface and be aggressive the way Finn is makes a lot of the other jobs easier for the rest of them. He added that he sees a lot of similarities between this group and what they had in 2005.

Harmison also claimed that he believes the current team could be better because, other than Anderson, youth is on their side. He added that they can get better where they peaked for the best part of 18 months.

Boycott’s philosophy in life: I, Me and Myself 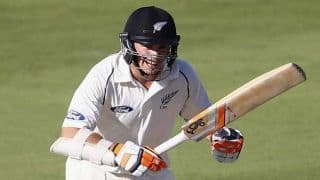