Cricket Australia (CA) rejected the demand of lifting the ball-tampering bans it imposed on Steve Smith, David Warner and Cameron Bancroft. The unsuccessful bid has left Smith disappointed as he was hopeful of it being accepted revealed Australia pacer Pat Cummins.

Australian Cricketers’ Association (ACA) had asked for reconsideration of the punishment in wake of a culture review that placed the blame of events leading up to the scandal on CA. However, after reviewing the demand, the cricket board decided against it meaning the trio will have to complete the entirety of their respective bans.

Smith and Warner were banned for 12 months while Bancroft received a 10-month ban. However, they have been playing club cricket and also participating in various T20 leagues.

“I think he’s pretty disappointed,” Cummins was quoted as saying by Cricket.com.au. “I think he was hopeful of that getting lifted. But to be honest I think he’s just over it all the speculation and talk. He’s just over it. He wants to play some cricket. There’s some good T20 comps around the world coming up that hopefully he’ll go and play.

Smith is also sick of the speculations surrounding the ban and the developments around it but has found mental piece. “I think he’s sick of all the talk. He said he’s in a really good place. He’s happy, he’s playing obviously he’d love to be playing the Tests and everything else coming up. But he’s just ready to get over it,” Cummins said.

Australia will miss the the trio for the all-important India Test series that starts next month. 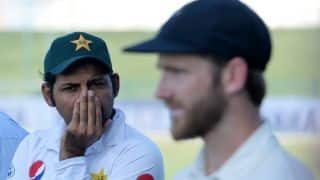 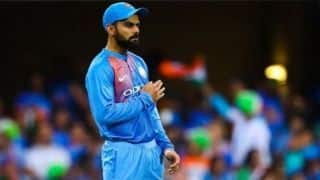