Smith scored 103 off 295 balls and it was also his slowest century in red-ball cricket. Australia’s Steve Smith notched up his 42nd first-class ton on Tuesday during a Sheffield Shield game between New South Wales and Western Australia. Smith scored 103 off 295 balls and it was also his slowest century in red-ball cricket. But what made news was his bizarre dismissal and his reaction after being given out. Smith was furious after the umpire gave him out.

Smith was trying to upper-cut a bouncer from Marcus Stoinis with wicketkeeper Josh Inglis standing up (near the stumps). After Smith played the shot, the wicketkeeper went up in appeal for a caught behind and the umpire raised his finger. Smith was shocked as he stood his ground for sometime before making the long walk back to the pavilion.

NEVER tell Steve Smith he has to stop batting!

The Australian has had a phenomenal year so far, amassing 774 runs in just four Tests, including three centuries and as many half-centuries across seven innings. He is the top run-scorer in Tests in 2019 so far, despite having batted in just one series, the 2019 Ashes.

He would soon be seen playing for Australia in whites when they host Pakistan. 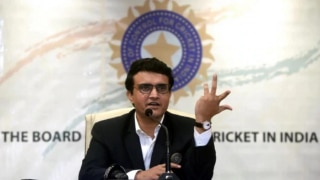 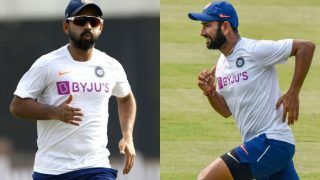