It was a double celebration for Smith as he also won the men's ODI Player of the Year with 28 votes ahead of Finch (23) and leg-spinner Adam Zampa (19). 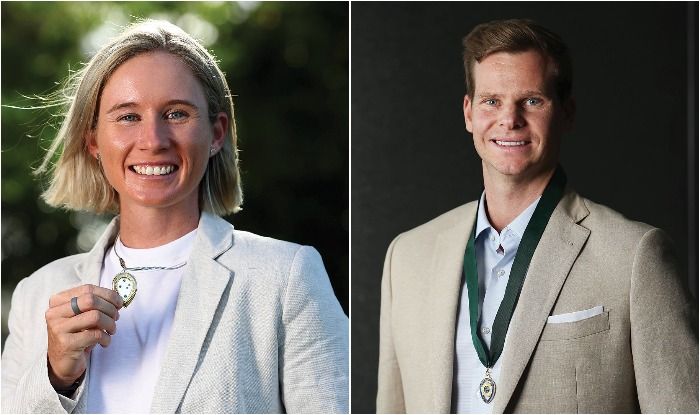 Former Australia captain Steve Smith claimed his third Allan Border Medal while Beth Mooney bagged her maiden Belinda Clarke Award, the top two honours of the Australian Cricket Awards. Smith was honoured for his performances in all three formats of the game, while Mooney bagged recognition in the Australian women’s game for the first time. The awards were decided by a voting process for the period 2020-21. Smith was surprised to receive the honour, insisting that he felt his poor outing in the Test series against India had ruined his chances of winning the award.

“It’s a great thrill, plenty of hard work has gone into it (but) I didn’t expect it; I thought Marnus (Labuschagne) or Pat Cummins were the front runners because they both had exceptional years,” he said.

“I didn’t feel I had the biggest Test summer, which normally holds the most votes. I think my one-day cricket was pretty good last summer.

“I’m just really honoured to have won my third AB Medal and hopefully I can keep producing results for Australia,” he added.

It was a double celebration for Smith as he also won the men’s ODI Player of the Year with 28 votes ahead of Finch (23) and leg-spinner Adam Zampa (19). Smith amassed 568 runs at 63.11 with centuries in Bengaluru and twice at the SCG within three days, as well as a knock of 98 in Rajkot.

Smith hit four fifties and four centuries, with a top score of 131 in an ODI against India. With 126 votes in his kitty, the right-hander He edged out Pat Cummins (117 votes) and limited-overs skipper Aaron Finch (97).

Due to logistical challenges posed by the pandemic, this year’s awards were not presented at the usual gala event, but were announced on Friday during a televised show ahead of the KFC BBL10 Final.

The duo received their medals at home — Mooney on the Gold Coast and Smith in Sydney.

Money is the ninth Australian woman cricketer to win the award since its introduction in 2002. The 27-year-old left-hander batswoman also won the women’s T20 Player of the Year award.

Cummins won the Test player of the year award with 16 votes ahead of Josh Hazlewood’s and Marnus Labuschagne.

Bradman Young Cricketer of the Year: Will Sutherland. 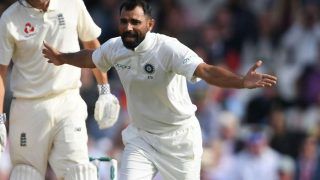 India vs England: Mohammed Shami Resumes Training, Likely to be Available For Pink-ball Test Against England in Ahmedabad