Waugh struggled initially to mould his Test unit after Mark Taylor's retirement in 1999.

Former Australian captain Steve Waugh has said that current skipper Michael Clarke has ignited the team and his leadership by unleashing his ‘inner mongrel’. Waugh got inside Clarke’s head before the Ashes opener against England in Brisbane last November resulting in an aggressive ‘edge’ as Australian captain.

According to News.com.au, Clarke has always been tactically astute but had not won over the public and even some teammates including Shane Watson as a leader, although all of that changed after a ‘heart to heart’ discussion with Waugh before the Brisbane Test. Clarke stamped his authority on the team in confrontations with England’s pace attack headlined by James Anderson and Waugh said that he is glad that his talk led Clarke to get a bit of an edge to his captaincy.

Stating that Clarke should captain the team as he sees it, Waugh also said that the team should be a reflection of the way the captain wants to play, adding that only iron-willed leaders survive in the long term.

Waugh struggled initially to mould his Test unit after Mark Taylor’s retirement in 1999, leading to Australia settling for a 2-2 draw against the West Indies in the Caribbean, the report further said. Waugh, who collected 41 wins in 57 Tests as captain, further urged Clarke to be his own man, instead of always trying to please everyone, in order to gain more respect as captain. 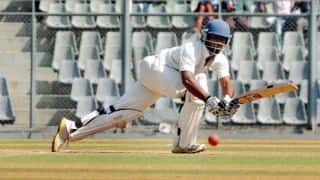