Steven Smith said he has a hunch that the match at Adelaide against South Africa might be a day-night Test.

Steven Smith, Australia’s skipper feels that his side may play two day-night Test matches this summer. Smith added that he is waiting to see how it all pans out. Cricket Australia is eager to play a day-night Test at Adelaide Oval. Australia and Pakistan are already scheduled to play a day-night Test at Gabba in the month of December. Smith is sanguine that Australia have a slight edge against South Africa (in Test series) having played some good cricket against them when they last faced them in an ODI series. However, he added that formats do make a difference as Australia had defeated South Africa in an ODI series (not Tests), and five-day cricket is slightly different. Full Cricket Scorecard: Australia vs West Indies, Tri-Nation Series 2016, Match 3 at Guyana

Cricket Australia’s official website quoted Smith telling Australian Associated Press, “My gut feel at the moment is we’ll probably end up playing two day-night Tests in the summer. We’ll see how it all transpires. I’m sure that will all come out over the next little while, about how that’s progressing.” READ: Steven Smith concerned over pink ball’s behaviour in Australia vs Pakistan 2016-17, day-night Test at Brisbane

“I guess if you get on top of someone, I guess they sort of get that fear factor of bowling to you. But it is a different format of the game so I won’t be reading too much into it.” Meanwhile pace bowler Mitchell Starc said, “It’s always a bit of a chance for a team to get one up over the other. Just to keep one in the back pocket and pull it out if you need to in the middle of a series and let them know we’ve got the wood on them, if we can get over them in this series.” 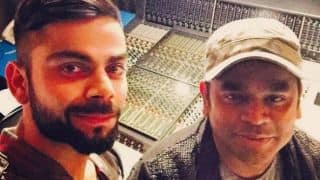