Steven Smith will play for Sutherland and David Warner for Randwick-Petersham.

As the Australian summer dawns closer, Steven Smith and David Warner are all set to return to club cricket, according to a report on cricket.com.au. Both men will feature in Premier Grade Cricket on September 22. Smith will play for Sutherland at their home ground, Glenn McGrath Oval, Caringbah, against Mosman. Warner, on the other hand, will turn out for Randwick-Petersham against St George at Coogee Oval, their home ground.

Smith and Warner (and Cameron Bancroft) have been banned for a year from domestic cricket, let alone international cricket, which means both men are likely to have long stints for their respective clubs this summer.

Sutherland and Randwick-Petersham will play back-to-back home games at the beginning of the season. The matches are one-day in the first round and two-day in the second.

However, Sutherland and Randwick-Petersham (in other words, Smith and Warner) will not play each other till Round 5, on November 10, when they will feature in a one-day match. Interestingly, Australia will play South Africa a day either side of the match, on November 9 (at Adelaide Oval) 11 (at Hobart s Blundstone Arena).

Warner and Smith have both played in Global T20 league, Canada, and are featuring in the ongoing Caribbean Premier League. Warner and Bancroft have played in the NT Strike League, Darwin.

Smith, Warner and Bancroft are also supposed to undertake 100 hours of voluntary service in community cricket. 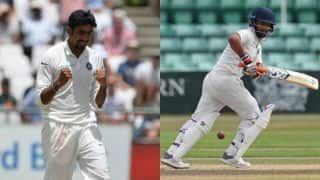 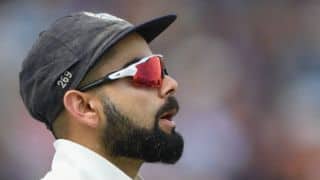