Michael Hussey mentioned how eager Virat Kohli and Steven Smith would be to have a competition between them.

India are having a fruitful time in Sri Lanka, not letting the hosts win a single match so far. Virat Kohli s run as a captain has been phenomenal with many series victories, and he continues with that in Sri Lanka as well. As Australia prepare to head to India after their two-match Test tour to Bangladesh, Michael Hussey appreciated India s change in mindset to approach cricket more aggressively. The former Australian credited Kohli for the newfound aggression in Indian team, saying the team has become tougher. Hussey also mentioned how eager Kohli and Steven Smith would be to have a competition between them. READ: Virat Kohli and co. unhappy with their official kit sponsor

India are now starting to get that tougher Aussie cricket culture as well. Skipper Kohli is very hungry for success, he s happy to get into a scrap for a win which we haven t always seen from the Indian teams in the past. I am not saying there have not been tough India teams before but now they are willing to get into a fight. That s got a lot to do with the way Virat leads the team, he s very aggressive. It s the Australian way, Hussey told The Hindu. Steve Smith will look at individual battles between him and Kohli. The great players, they like to get one up on each other and the opposition. And both being determined and captains as well, I am sure they will be pushing hard at each other, trying their best to get ahead, score more runs than one another. It will be an interesting battle within the battle, a race within a race, he said about the two captains.

Whenever India have faced Australia, the heat has compelled the players to become more aggressive, resulting in sledging of sorts. Talking about it, Hussey said, These are two pretty passionate teams. And when they get on the field, sometimes emotions run high. We just hope that it doesn t go too far and the line is not crossed. There is not much time to get involved in that kind of stuff because the game s moving so quickly, the next over, the next phase of the game, the next wicket. And there will not be much chatting because the fields will be spread out. 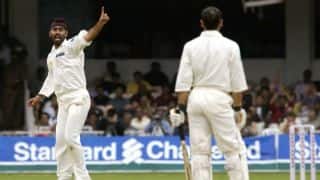