With Australia players fate dependent on new Memorandum of Understanding (MoU) between Cricket Australia (CA) and Australian Cricketers Association (ACA), skipper Steven Smith seems to have found an alternative already to stay away from the hustle and bustle. Smith was seen trying his hand at baseball in New York. Smith posted a video of the same on his Instagram account with the following caption: Batting practice in New York #switchhitter.”

The fate of over 200 Australian players will be decided on June 30. CA had threatened not to pay contracted players, after the conclusion of their current offer by the end of the month, if they fail to accept the new deal. CA to offer series-by-series contracts for the Australian cricketers

However, on Friday, CA revised its offer to players in a bid to resolve a bitter pay dispute that threatens to disrupt upcoming tours. The governing body said it has offered a number of concessions, including a greater share of surpluses for both international and domestic players. The offer, outlined in a letter from CA executive general manager Kevin Roberts to Australian Cricketers’ Association chief Alistair Nicholson, came before the current MOU expires on June 30. The players’ union has been staunchly opposed to CA’s plan to modify the existing MOU that provides a flat share of revenue for the players. 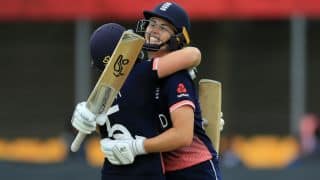 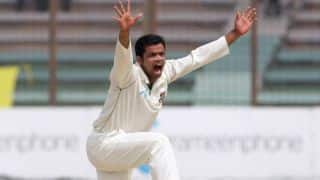