Shaw was supposed to tour the Caribbean with the India 'A' team before being sidelined due a hip injury he suffered at the Mumbai T20 League last May.

Young India opener Prithvi Shaw on Monday said he was not sure when he would recover from his hip injury, putting a question mark over his participation in the away Test series against the West Indies next month.

The 19-year-old from Mumbai, who scored a debut hundred against the West Indies last year, was supposed to tour the Caribbean with the India ‘A’ team before being sidelined due a hip injury he suffered at the Mumbai T20 League last May.

India will play two Tests against the West Indies beginning on August 22 in Antigua and Shaw said there is still time to achieve fitness.

“I’m still not a 100 per cent fit and don’t know exactly how much time it will take to recover, the process is going on. There is still time and I’m working with the physios. I can’t put a time frame on it right now,” Shaw informed on Monday. (ALSO READ: No clarity on Dhoni’s future, no word on Dhawan’s availability as selectors pick Indian squad for West Indies tour on July 19)

“Obviously the West Indies tour is coming and we will look into the preparation for the series together,” said the Mumbaikar, who scored 353 runs with two half-centuries and a top score of 99 for Delhi Capitals in the Indian Premier League (IPL 2019) this season.

The selectors will announce the squad for West Indies series on July 19 and Shaw will be racing against time to make the team.

Shaw is yet to feature in any international match for India since making his debut against the West Indies. He was picked for the Australia series last year but a shoulder injury during a practice game ruled him out of the series.

Meanwhile, Shaw and another Mumbai teen prodigy Sarfaraz Khan are among 36 players announced by the Mumbai Cricket Association (MCA) for the off-season camp for the upcoming domestic season.

The camp is to commence at the MCA’s suburban Bandra- Kurla complex and its dates would be announced soon, MCA sources said. (ALSO READ: ‘I have the capacity to play in the shorter format of the game’)

Apart from Shaw, India players Rohit Sharma, Ajinkya Rahane, Shreyas Iyer, pacer Shardul Thakur have been included in the list of players put out by the association on its website.

A notable inclusion is Sarfaraz, who had represented the 41-time Ranji Trophy champions in the past before plying his trade in Uttar Pradesh but had decided to return to his home association and also served the mandatory one-year cooling-off period. 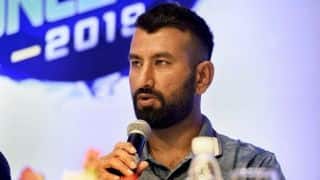 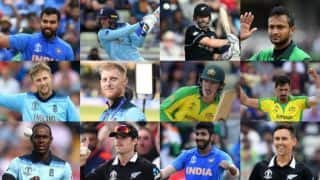