Carlsen admitted that that he needs to work on his cricket knowledge. 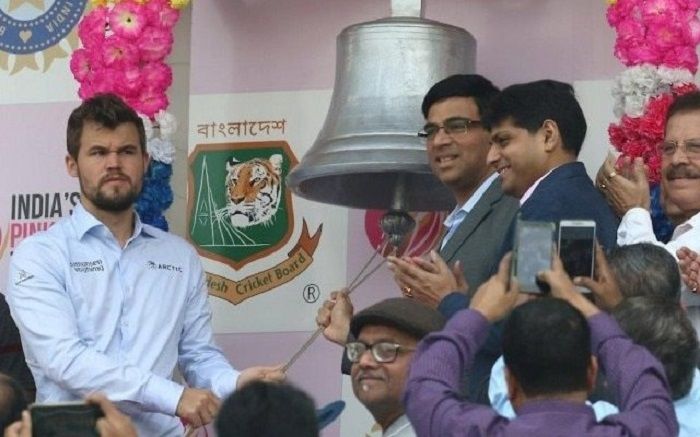 India‘s first-ever day-night Test at the Eden Gardens in Kolkata turned out to be a starry affair with sporting personalities from across disciplines felicitated on the opening day.

Cricket legends such as Nari Contractor, Kapil Dev, Anil Kumble, Mithali Raj, Jhulan Goswami, Rahul Dravid and celebrated sportsmanlike multiple-times Chess champion Vishwanathan Anand, Magnus Carlsen, Mary Kom, Gopichand and each and every member of the Bangladesh team who featured their country’s maiden Test match against India back in 2000 were invited to witness the historic occasion.

At the Eden Gardens, the Cricket Association of Bengal (CAB) has taken forward a good tradition of ringing the bell before the start of a match. Bangladesh Prime Minister Sheikh Hasina and West Bengal’s CM Mamata Banerjee had rung the bell to kickstart the opening day of the Pink Ball Test and then it was the turn of Anand and Carlsen to ring the ball on the second day. However, according to Carlsen, he looked “stupid” while he was ringing the bell with Anand.

“What happened is, Anand rang the bell and I stood there, and looked stupid. That would be my summary of the match. I have a lot to learn when it comes to cricket.” Carlsen was quoted by SportStar.

“Is the match still on or it’s over?” asked Magnus Carlsen

India sealed the Test inside three days handing Bangladesh an innings and 46-run defeat and register a 2-0 series sweep. Carlsen admitted that that he needs to work on his cricket knowledge. “Is the match still on or it’s over?” When told India won, the World champion did some loud thinking so no more chances of going there!” asked Carlsen. 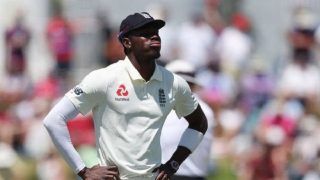