England captain Andrew Strauss has cautioned his teammates against complacency and said a bruised India would be desperate to turn things around in the second cricket Test here after their embarrasing defeat at the Lord's. 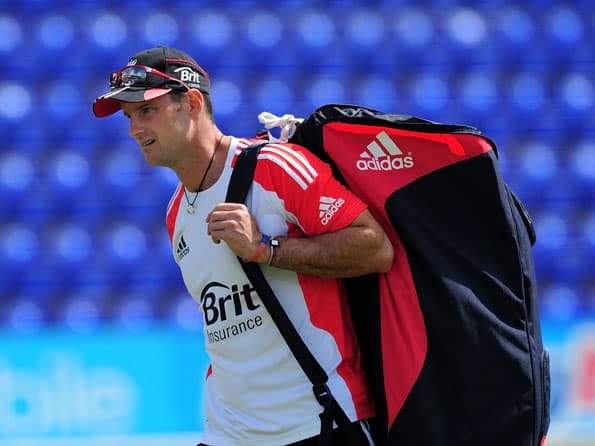 England captain Andrew Strauss has cautioned his teammates against complacency and said a bruised India would be desperate to turn things around in the second cricket Test here after their embarrasing defeat at the Lord’s.

England mauled world number one India by 196 runs in the first Test last week but Strauss said going by past records, the visiting team is expected to make a strong comeback at their happy hunting ground, Trent Bridge.

“They are going to come back harder at us, their records back it up. We nearly missed out on a win at Lord’s four years ago and they beat us comfortably at Trent Bridge,” the left-handed batsman said at the pre-match press conference.

“They would try to prove to the world they are better than they were last week and I am sure they would be. Four years ago, India never let us back (in Trent Bridge). They batted exceptionally well and definitely showed a competitive spirit. They showed they were not in England to make numbers. We have learnt our lessons,” he insisted.

Irrespective of a 1-0 lead, Strauss said England’s key to success in the four-Test series would be the form of his bowlers, who managed to keep the famed Indian batting line up quiet for a long period of time in the first match.

“The key is to bowl accurate and if there is something in the wicket, then to bowl them out cheaply. If there’s no help (in the wicket), then at least to make them struggle. Batsmen score freely when bowlers don’t bowl well. If batsmen want to break shackles, they need to take risks,” he said.

The English skipper said the home team was certainly not sitting back on their laurels as he feels they did not produce a perfect performance at Lord’s.

“We need to be more consistent. Getting to a situation of 60 for 5 at Lord’s wasn’t ideal. We shouldn’t have let India back in the game, we should have caught better. We are not getting carried away. We don’t turn up here feeling fine and dandy. If you’re too self-satisfied you get caught out pretty badly next time you go to the pitch,” he said.

“However, we are better prepared for another good performance. We did it in Australia and generally in the last 18 months. We are not taking anything for granted,” he added.

Strauss said he is expecting Chris Tremlett, who is suffering from a hamstring strain, to be fit for the second Test but in case the lanky pacer fails to recover on time, Tim Bresnan will take his place in the playing eleven.

“He (Tremlett) has a hamstring niggle, he should be fine. We would wait till early tomorrow morning to be absolutely sure,” he said.

“Bresnan hasn’t let anyone down. He was outstanding in Australia and he is getting better and better. In a way, he is very unfortunate not to be playing. I am sure if he comes in (in Tremlett’s place), he would do a good job.”

India too has a similar problem as pace spearhead Zaheer Khan is more or less ruled out of the match but the English captain expects the visitors to bring in a good replacement for the left-arm pacer.

“You are not going to play 11 all the time. In Test cricket, you get to check on the strength of your squad. I am sure India has good replacements. We know the quality of Zaheer but it’s now up to those guys to step up and perform.”

On his own form, Strauss said he himself is looking for big scores at Trent Bridge after missing out twice at Lord’s.

“I got 20 and 30 from two innings at Lord’s and was naturally disappointed. But after playing for Somerset, I am feeling very good and looking forward to good scores,” he said.

Strauss supported his coach Andy Flower, who believes ICC should lead the way and enforce the cotroversial Decision Review System (DRS) in totality in Test cricket.

“I tend to agree with him. We don’t know what goes on in board meetings. There is a groundswell of support for DRS and if its’ so, the ICC must lead the game. As it is, we are in a half-way-half situation and would try to do as well as we can.”

When reminded of the ugly jellybeans incident four years ago at this very venue, involving Zaheer Khan, who was taunt when he came on to bat, Strauss said, “The guys are more mature. Silly things like that don’t help you win. Everything we do here has got to help team win. We learnt our lessons. Silly things like that wouldn’t be repeated.”

Strauss believed the Trent Bridge pitch usually produces competitive cricket between bat and the ball and it shouldn’t be any different this time around.

“Looking to be world’s number one Test side is secondary. We are 1-0 up and we can go 2-0 up here. We would then be in a brilliant position to go on and win the series,” he said.

Malik among the reserves for Zimbabwe tour