Street cricketers live by their own rules

Street cricketers live by their own rules

For fans around the world, the all-consuming love of cricket in India and other south Asian nations is a joy to see with boys playing everywhere with just a plank of wood for a bat, bricks as a wicket, and a tennis ball. 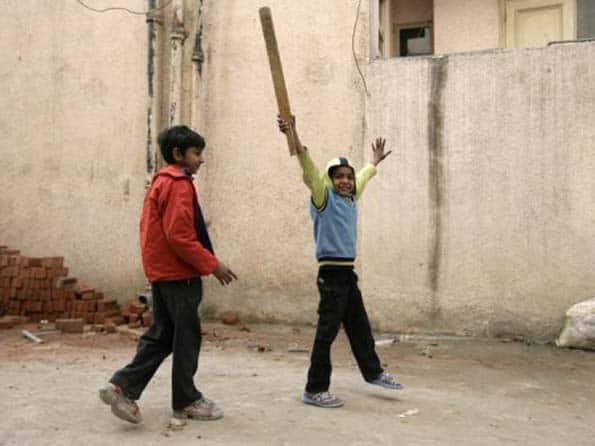 During the cricket World Cup, millions of youngsters across south Asia will try to copy their heroes at games played in streets and parks — but any umpire would be appalled at their bowling.

Most street cricketers bowl by “chucking” the ball with a bent elbow in a style banned by the sport’s rulers, and coaches despair that they are missing out on talent from the breeding grounds of village and back-alley cricket.

Many brilliant young cricketers who are the best bowlers in their local street games — often seriously competitive events — need to be completely re-taught if they are to progress to league or professional matches.

“A lot of players in the street cricket do chuck the ball,” said Amrit Mathur, chief operating officer of the Delhi Daredevils Twenty20 side, and a former senior official at the Board of Control for Cricket in India (BCCI).

“They don’t care that the bowler’s arm should be straight. It is very difficult to adjust and learn again. It depends on how old you are.

“Like a disease, if it is detected early there is a better chance to correct it. At the age of 18, it is too late.”

Mathur, who oversees a youth talent-spotting programme in Delhi, said that chucking has filtered upwards from the neighbourhood games played on any open patch of rough ground across India, Pakistan, Bangladesh and Sri Lanka.

“Street players are trying to bring suspect bowling actions into the organised game, which is causing concern to the cricket board,” he told AFP. “The authorities are making a major effort to put a stop to it.”

Mathur said the problem is creating a divide between how young, poor people play cricket in the sub-continent, and the official sport.

“Some of the better-off or more talented kids will go to a club or school where there is a coach to guide and rectify. But re-modelling a bowling action is often impossible, even when the player is still in their teens.”

Mohnish Parmar, from Gujarat state in eastern India, is just one young man who has struggled with his action. He was targeted by national scouts after picking up a huge number of wickets in local cricket.

Experts had concerns over his bent-arm bowling and sent him to the elite training academy, where he altered his style. He quickly lost effectiveness and has fought to take wickets without returning to his previous “illegal” action.

Parmar, now 22, still plays state cricket for Gujarat but the international career that once beckoned seems to have slipped away.

For fans around the world, the all-consuming love of cricket in India and other south Asian nations is a joy to see with boys playing everywhere with just a plank of wood for a bat, bricks as a wicket, and a tennis ball.

However for noted television commentator Harsha Bhogle, the tennis ball itself is one of the problems.

“A tennis ball travels so slowly through the air that batsmen have too much time in street cricket,” he said. “Much better and faster to chuck it — that is where this all starts,” said Bhogle, adding that “chucking” controversies at the top of the sport had also sent the wrong message.

Sri Lankan spin legend Muttiah Muralitharan has had his unique action called as “no balls” by umpires but it was later passed by bio-mechanical tests — a decision many observers felt bent the rules.

Harbhajan Singh of India and Shoaib Malik of Pakistan are two other superstar cricketers who have been under scrutiny as “chuckers” but not stopped from playing.

“Seven or eight years ago there was feeling across the subcontinent that it seemed OK to chuck it a bit,” said Bhogle. “Bangladesh got especially bad.”

Even more problematic has been the emergence of the “doosra”, a delivery bowled by right-arm off-spinners that turns the other way. Experts believe it can’t be bowled within the law.

The BCCI, cricket’s governing body in India, has surveyed hundreds of bowlers in league cricket over the last two seasons and told more than 100 “chuckers” that they must change their actions.

But the game at the grassroots level is evolving beyond their control — and it remains wildly popular in an era of computers and an increasing interest in football, basketball and other sports.

“I have to bowl very fast at the wicket,” said Haroon, a 10-year-old boy playing cricket with a tennis ball on a rough patch of ground in a south Delhi park.

He and his eight friends play a cut-throat game, shouting wildly to claim wickets and often hitting their ball out of the park into the path of busy traffic.

They all plan to watch the World Cup avidly — and expect India to win thanks to their hero Sachin Tendulkar.

“My arm doesn’t need to be straight,” Haroon said as he prepared to bowl another delivery. “It is more important that I get the batsman out.”