Stuart Broad: My mother has a soft spot for Ian Botham

Stuart Broad: My mother has a soft spot for Ian Botham

Next stop for England will be against West Indies where the country will witness first pink ball Test.

When Stuart Broad had rattled South Africa with his 6-wicket haul in Johannesburg last year, Ian Botham had claimed Broad as the greatest bowler England has produced. Broad has always played his height into advantage. The moment he gets his length right, it can be a match-winning innings from Broad. His teammate and another England stalwart, James Anderson has already gone past the tally of Test wickets held by Botham of 383. Broad who is on the brink of going past the tally of wickets held by Botham too, wrote in length about his special partnership with Anderson, his mother s soft corner for Botham and the first pink ball Test in England against West Indies.

On Daily Mail, the pacer recollected the first memory with Botham and his family s connection with the former, My first memory of watching Botham bowl was during the 1992 World Cup. I was six, but obviously I ve seen footage of him over the years in the Seventies and Eighties. He swung it both ways at pace, so to be as close to his wickets tally as I am now makes me feel proud. My dad toured with Beefy during his England career, and my mum has a soft spot for him, because in the days before the ECB and the PCA were around to look after the players on tour, Beefy and his wife Kath were really good at getting all the families involved. He s a generous guy and a champion bloke.

With the Ashes also around the corner, Broad mentioned how Botham had inspired the young lads during the 2015 Ashes portraying his own example, Before the Ashes Test at Cardiff in 2015 he came into our dressing-room, and you could tell how desperate he was for the lads to do well. In England, you get more respect if you can beat the Aussies, and his stats down the years tell you he knew how to do that.

Over the past few years, Anderson has been struggling with niggle and back injuries. However, when Anderson made a comeback, it was sensational. Since last two summers, Anderson has picked 50 wickets. However, in Broad s presence Anderson finds a companion. The two share 866 wickets between them.

Although Broad does not want to focus on the numbers between the two until retirement, he cannot help but feel privileged to go past the partnership carried between West Indies deadly combination Curtly Ambrose and Courtney Walsh, Although you tend not to focus on numbers, you can t help noticing when you go past a partnership like Curtly Ambrose and Courtney Walsh, who were huge influences on me becoming a fast bowler.

England had lost the second Test against South Africa and all that Broad, Anderson wanted to do was bowl the next couple of innings as per their plans, We decided to hit the pitch as hard as we could and get them playing with straight bats. We reckoned that, if the ball nibbled one way or the other, that would bring the edge into play, and there were no bad balls in there. There were no freebies, and it really helped create the pressure.

Broad, however, conceded their best partnership flourished during the final Test at Old Trafford where those first 14 overs on the fourth morning in Manchester was a great way to set the innings up.

But it is Ashes where it all zeroes down to. Broad wants the same magic to be re-created Down Under and is hopeful of Anderson to be in great shape.

Pink ball it is

Next stop for England will be against West Indies. It is the first pink ball Test in the country. Broad enlightened on what his strategy would be with the ball after his experience with the red ball, It doesn t seem to swing or shine up as much as the red ball, and if it goes soft we may have to drag our lengths back a bit. If you go full in those circumstances, you risk becoming easy to drive.

West Indies have played a day-night match against Pakistan in Dubai with the pink ball which was with Kookaburra but in England, West Indies would have to face the Dukes challenge, No one really knows how the ball s going to behave, so it s up to us to practise well and get it right. It will be about who adapts quickest, Broad concluded. 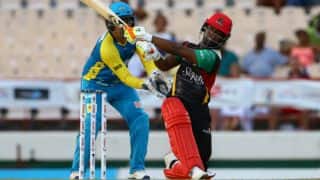 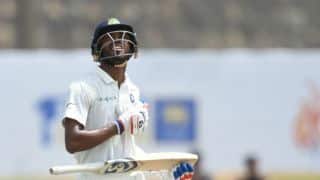