The 34-year-old, who won the Test player of the Summer honour at this season's NatWest Cricket Awards, said England players are still lucky to play some cricket and would be happy to contribute to cost savings.

Veteran England pacer Stuart Broad says his country’s cricketers are open to a pay cut as it would be wrong for them to remain on their current salaries when the game is going through a financial crisis owing to the COVID-19 pandemic. Jonny Bairstow and Mark Wood lost their Test contracts with England last week as the country’s players from all formats prepared for pay cuts over the next year.

With the England and Wales Cricket Board estimating initial losses of 100 million pounds (USD 127 million) because of the COVID-19 restrictions, the value of the contracts has been reduced.

“I think 100 per cent there’ll be pay cuts. The players are very aware of the situation. With the ECB having to potentially lose 60-odd staff, it would be wrong that the players stay on a similar pay. I’ve not heard any official sort of numbers,” Broad was quotes as saying by ‘Sky Sports’

“The players are very open to that sort of thing. I don’t think you’ll be getting any players complaining about taking more pay cuts because it’s sort of in line with the world, isn’t it?

“It would be a really average feeling to have that we were not making sacrifices like the rest of the world. So I don’t think you’ll get too many people complaining of whatever comes our way,” he added.

The 34-year-old, who won the Test player of the Summer honour at this season’s NatWest Cricket Awards, said England players are still lucky to play some cricket and would be happy to contribute to cost savings.

“At the end of the day we’re just lucky and fortunate that we got some cricket in this summer to get the ECB in a position that it can keep supporting the whole of cricket in the future.

“If we hadn’t got any cricket this summer, the whole game would have looked a complete mess. So yes, the players are fully aware of our responsibilities and will be very open to anything the ECB offer.”

During the lockdown, contracted players came up with a voluntary donation to support the national game and that looks likely to evolve into a reduction on annual packages that were reported to have been worth 650,000 pounds (USD 830,000) for test players and 275,000 pounds ($350,000) for limited-overs players in 2019-20. 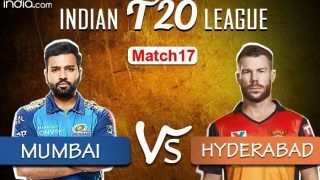 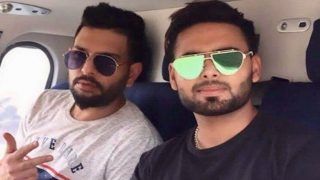