Subhashis Roy and Tamim Iqbal were involved in comedy of errors during the first Test between Sri Lanka and Bangladesh at Galle.

Subhashis Roy knocks over Upul Tharanga with a peach of a delivery in his very first over. The very next ball he gets rid of Kusal Mendis. He bangs in short. Mendis top-edges it to Mustafizur Rahman at deep fine-leg. Mustafizur takes it cleanly. Roy has his hands up in jubilation. He thinks he is on a hat-trick. If anything, he gave Bangladesh a terrific start. Meanwhile, Marius Erasmus raises his hands as well, signalling the ball has gone for a six. Australian fans, watching the game, must have thought it is ‘brain fade’. Batsman at the non-striker’s end tells Roy that the ball has gone for a six. Full Cricket Scorecard: Bangladesh vs Sri Lanka, 1st Test at Galle

Roy then realises that Mustafizur has stepped over the boundary. He now has his hands on his knees in disgust. And that was his only wicket, from a hat-trick opportunity, amidst Sri Lanka‘s 494. Come to think of it, premature celebrations are not new to Bangladesh cricket. They had done it in World T20 2016 against India. Their skipper Mushfiqur Rahim knows it well.

Then there was one more episode in this comedy of errors. Chinaman Lakshan Sandakan strays down the leg side. Tamim Iqbal tries to flick it. He completely misses. He still thinks the ball has gone past the wicketkeeper Niroshan Dickwella. He starts to take a single, but the wicketkeeper stumps (or runs him out) as soon as he steps out.

Bangladesh still getting the hang of this ‘cricket’ thing #SLvBAN pic.twitter.com/MncvWymOTt

If you are laughing, then you should not. As a matter of fact, South Africa’s AB de Villiers had done this before. If not that, then let me tell you that he was out off a ball that bounced twice. 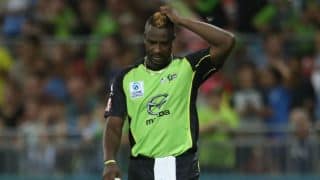 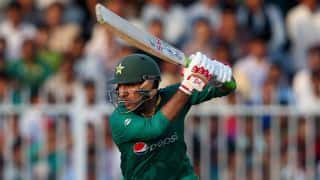