Swamy told ANI, "BCCI was so insistent to go ahead with manual IPL media auction shows they were implementing plan to favor Star TV."

New Delhi: Bharatiya Janata Party (BJP) leader Subramanian Swamy on Wednesday said that the way Board of Control for Cricket in India (BCCI) was adamant for conducting a manual auction shows that they had pre planned to favour Star TV in connections with (Indian Premier League) IPL media rights. Swamy told ANI, “BCCI was so insistent to go ahead with manual auction shows they were implementing plan to favor Star TV.” Swamy, earlier in the day, had said that he would challenge the manual auction of IPL media rights, in the Supreme Court. Swamy took to Twitter and wrote, “Very soon, I will challenge in SC the manual auction of IPL Media Right given to Star conglomerate.” He further said that 1/3 rd of India’s BM is due to IPL. Star India CEO states focus will be on the game in upcoming IPL seasons

Star India bagged the consolidated broadcasting rights of the lucrative cricket league with a whopping bid of Rs. 16,347.50 crores, for the next five years. The apex court had, in July, sought the response of the BCCI on Swamy’s plea that e-auction of the media rights should be done to ensure transparency as the rights are to be given for the next five years. Following this, the court, in August, refused to direct the Board of Control for Cricket in India (BCCI) to conduct e-auctioning for awarding media rights relating to the IPL matches. Q & A: How exactly did Star India win IPL media auction?

A bench comprising Chief Justice Dipak Misra and Justices A.M. Khanwilkar and D.Y. Chadrachud did not consider the plea of the BJP leader. Swamy wanted to file an interim application highlighting alleged collusion and conflict of interest on behalf of a BCCI functionary who also runs a news channel. The IPL matches are scheduled to start in April 2018. 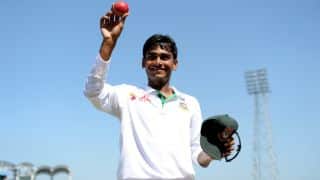 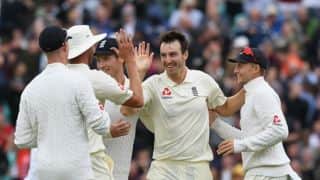